Stepping up the quality 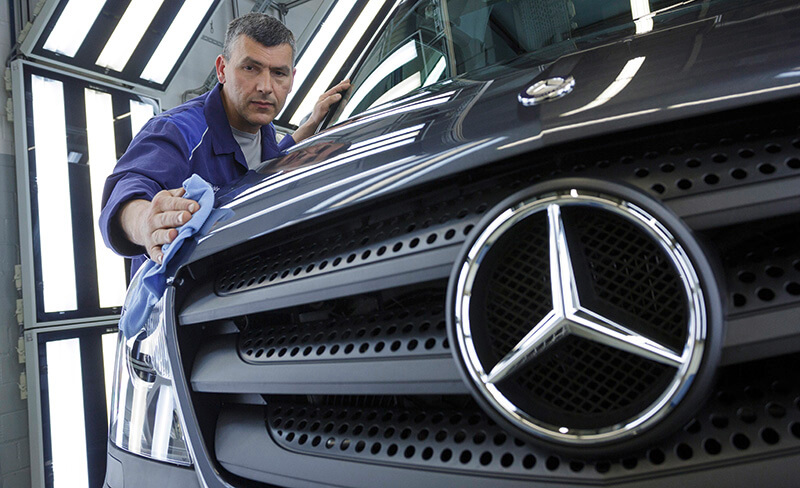 There are several advantages of shipping vehicles in kits rather than as completely built units, including lower costs for transport, better customs import conditions and the support of local government in exchange for providing employment to the workforce.

A major disadvantage, however, is that defective, damaged or lost goods may delay assembly. Therefore, the kits need protection and monitoring to reach their destination in perfect condition.

Audi has a number of CKD facilities in Europe, including a 45,000 sq.m packaging facility in Soltau, run by logistics provider Schnellecke. The carmaker also manages its CKD facilities in-house at its headquarters in Ingolstadt. Its biggest destination for kits prepared at those locations is China.

“Together with our external partners, we try to manage the increasing complexity of shipping the CKDs efficiently by applying standards that run throughout the VW Group,” says Molnar. “We collaborate with leading suppliers and our approach covers the targeted economical use of materials, standardised dimensions and quality standards.”

Standardisation is a priority for Audi and the carmaker uses the process “wherever and whenever possible” across material quality, packaging, size, load capacity and the material itself, explains Molnar.

In terms of the challenges of dealing with packaging for CKD exports, Molnar admits that major environmental influences are a problem. “The complex transport routes we use tend to be a combination of road, rail, sea and air,” he says. “Temperature differences and humidity play a part over the usually long transportation distances and we must protect our goods from these, bearing in mind the given cost framework.”

“The complex transport routes we use tend to be a combination of road, rail, sea and air. Temperature differences and humidity play a part over the usually long transportation distances and we must protect our goods from these” - Adam Molnar, Audi

Audi has developed a concept for packing vehicle bodies, using wooden racks. According to Molnar, by “using returnable racks in an ergonomic position with no risk of damage to the bodies, the containers are filled to a capacity 25% above what they were”.

Whereas Audi provides the planning and control of its CKD operations, third-party logistics provider BLG Logistics manages the process.

Sprinter in Düsseldorf
BLG Logistics opened a distribution facility for Daimler at the port of Düsseldorf, Germany, in the spring of 2016, and carries out logistics services for the nearby Mercedes-Benz van plant in Düsseldorf from the facility. Those services involve the containerisation of CKD kits of the Sprinter van for export and assembly in the carmaker’s overseas facilities, including its plant in Argentina.

The exports to Argentina were the first CKD business in the collaboration between BLG and Daimler, which started 15 years ago in Bremen.

Managing director of BLG, Christian Dieckhöfer, says programme planning was one of the biggest challenges of managing the CKD facility.

“As a service provider, we have to balance material planning and the supplier’s planning,” he says. “If planning changes too frequently, we can’t predict when the suppliers will deliver. Sometimes the logistics service provider (LSP) is used as a buffer to smooth out these fluctuations, even though cross-docking has been agreed.” 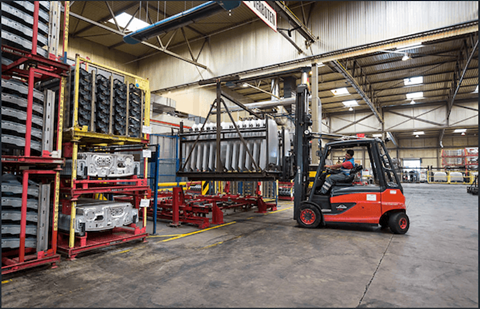 Dieckhöfer also suggests that packaging is sometimes not designed with the means of transport in mind. “This can waste a lot of time inside the truck or container,” he explains. “Packaging planning is not coordinated with programme planning. This means you either build up a large stock of reusable load-carriers, or you risk production delays because of a shortage of suitable load-carriers.”

Dieckhöfer believes there is the potential for standardisation within a single category, but argues that the difference between vehicle types is vast. “We supply a light commercial vehicle plant and the raw components aren’t comparable with other passenger car parts,” he says.

However, he does suggest it is easier to standardise packing in the assembly area, stating the example that most steering wheels having the same dimension.

BLG distributes CKD kits globally, but shipping to different countries brings its own challenges. “The big issues are moisture and rust,” comments Dieckhöfer. “In Argentina, we’ve got different solutions for the dry and rainy seasons. In summer, we send steel load-carriers without packaging but in the rainy season, we have to protect them with VCI film and desiccant bags.”

Designing out damage
One of the packaging providers to Mercedes-Benz’s parent company Daimler (among others) is Clip-Lok SimPak, which provides customised complex steel racks, expendable crates for export and returnable plywood boxes for CKD shipment.

The company’s boxes are designed to be stacked on top of each other and withstand a pressure of up to 15 tonnes. They can also be flat-packed when empty which, according to director James Milne, can reduce transport and storage volume by up to 80%. They are typically used for over 100 trips.

“For export, it makes sense for packaging and packing materials to maximise the use of the cargo units. To do this, they should be designed so that the largest number of packages fit in each box, and the boxes’ measurements should be multiples of the pallets used,” says Milne.

As parts are moved across continents, they require more protection and stronger equipment with an ergonomic design. Damage to a CKD kit can delay manufacturing, so it is therefore imperative the kits arrive in perfect condition. “Damage prevention comes down to good design,” says Milne. “Vibrations or knocks matter greatly and we can put shock absorbers and anti-vibration elements into the box to limit the damage.”

The company has a range of CKD packaging options, including a one-way expendable box and a reusable plywood packaging box. It has also produced a two-finger releasing clip in versions suited to returnable and expendable boxes.

Case for the environment
As global concerns over waste disposal and landﬁll grow, reusable packaging is becoming the prime objective. One of the challenges in the use of returnable packaging for CKD operations is the low yearly number of uses when shipping parts between continents. Therefore, an opportunity exists for reusing the packaging more times per year and for reducing the cost of packaging relocation.

Molnar comments: “We have made major progress in reusing packaging in the CKD segment. We use returnable containers, but also reuse packaging at the final destination. In this way, certain packaging that has arrived on the customer’s premises is used for other consignments to other customers.”

Clip-Lok SimPak says its reusable boxes have no waste packaging to dispose of at the end of their journey. “Plywood is made from managed forests and is recyclable without hazard at the end of its lifespan with an easy separation of metal and wood,” says Milne. “The reduced transportation usage, due to customised loading plans and ﬂatpacked returns, also cuts down on pollution.”

However, the fact that the box can be reused brings its own challenges. “Once you’ve supplied a customer, they will keep the reusable box for five years,” says Milne.

Molnar believes the industry is unlikely to see an end to the use of expendable packaging because the necessary conditions do not exist, given the rapid pace of change to its component structures. “Our structures are highly individual in some cases. In addition, cost-effective return or onward transportation must be guaranteed. The larger the supply or container network, the greater the chance of reuse.”