To coincide with the start of production of the fully electric BMW i4 at its Munich assembly plant in Germany, the carmaker has also launched a project to completely cut local emissions from the transport logistics used to feed parts into the plant.

[Updated Oct 28] The carmaker said it would achieve this by increasing the use of rail transport as well as using more battery electric trucks. 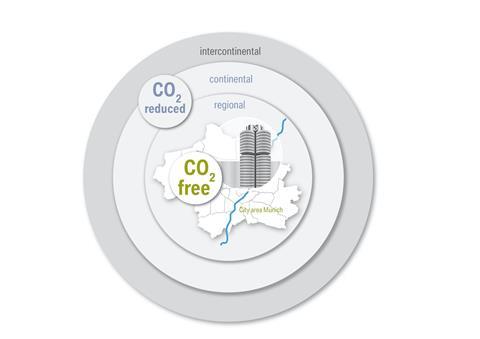 BMW said the launch of the BMW i4 was a milestone on the road to electric mobility and that by 2023 more than half of all vehicles produced at the Munich facility will have an electrified drive.

To support that production, more than 750 truck deliveries of parts are made to the plant per day, according to BMW. The carmaker said it will now work with its logistics providers in switching over to electric trucks for all inner-city legs of the route into the plant.

”We work closely together with our suppliers and logistic partners to reduce CO2 emissions along the entire supply chain,” said a spokesperson for BMW. ”Sustainability is integrated into all processes within the company, especially purchasing. When choosing suppliers and placing orders, sustainability is one major aspect that is considered.”

”Many factors need to be considered in the process, like the destination and also the infrastructure along the entire route,” said the spokesperson. ”Exact details are currently being evaluated but the aim is to transport as many vehicles per rail as possible.”

The Munich plant is located in the north of Munich next to BMW’s corporate headquarters roughly 10km from the centre of the city.

“We are well aware that, owing to the city location of our production facility, we have a special responsibility,” said Peter Weber, director of BMW Group Plant Munich. “Our project to reduce CO2 emissions at our home plant will have a major impact that’s positive both for the environment and for our immediate neighbourhood.”

BMW has further plans to eventually cut emissions over a broader radius, including on international routes, it said. 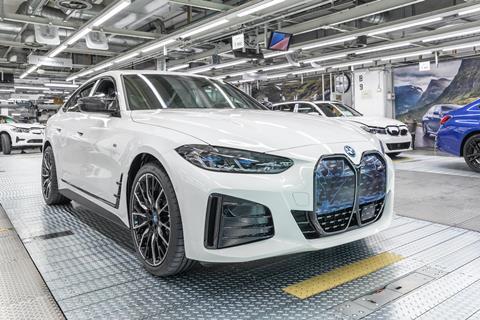 The carmaker is also looking at ways to make the supply of lithium batteries for its EV production more sustainable, something directly applicable to the production of the i4 at Munich.

At this year’s Automotive Logistics and Supply Chain Europe Live conference, held in April, BMW showed that the average amount of CO2 emitted per unit in the production and delivery one of its vehicles was 10 tonnes. BMW forecasts that rising to 14 tonnes per unit if no special measures are taken in its supply chain, largely because of the carbon footprint caused by sourcing and making the lithium-ion batteries to power the growing share of electric and hybrid vehicles. Not wanting to take a retrograde step, the carmaker is aiming to reduce that carbon output to 8 tonnes of CO2 per unit by 2030.