Labour shortages and the rising cost of employment are major concerns for providers of finished vehicle logistics services, according to the findings of a new quarterly survey from RPM and Automotive Logistics. 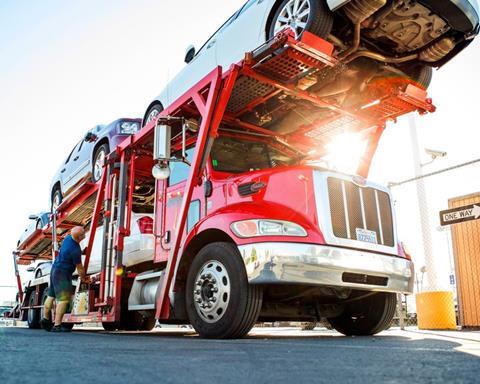 Driver shortages ranked just behind fuel costs as the biggest concern for finished vehcle logistics in North America, far higher than in Europe or Asia

The shortage of drivers in logistics is an ongoing problem and it is being felt particularly in North America, where it ranked as the second biggest challenge facing the industry (40% of respondents), just under rising fuel costs (46%).

There is an estimated shortfall of 80,000 professional drivers across the haulage sector, according to the American Transportation Research Institute (Atri), and that is being felt acutely by those trying to move finished vehicles at a time of high demand.

The finished vehicle haulage sector was already having to deal with an ageing labour pool, a lack of interest from the younger generation and competition from other industries, but the impact of the Covid pandemic also saw drivers leave the business for alternative jobs.

The lack of drivers has been exacerbating delays in the delivery of finished vehicles. Those delays are predominantly caused by the ongoing shortage of semiconductors which is affecting vehicle production and another major concern for companies in North America.

As has been seen in the wake of Covid in the US, dealer inventories went from an average of between 90-120 days of lead time down to around 26 days last year, with some reporting vehicles being sold before they were even unloaded from the delivery trucks onto the lots. In the survey 39% of those using finished vehicle services said delivery delays were a top-three challenge.

In Europe the driver shortage ranked lower as a top concern (26%) and it was lower again in Asia (16%).

Overall, labour was the second most concerning cost for those surveyed, with 51% of respondents identifying it as having an impact in the next quarter. It was more of a concern in North America (66%) compared to Asia (32%), but 52% of Europeans stated it would impact on their businesses in the next three months. The cost of labour was also a particular concern for port terminal operators, according to the findings of the survey.

In a recent interview with Automotive Logistics, Mark Boucher, chief logistics officer at port terminal operator Amports, said the labour issue was the number one problem for finished vehicle logistics.

“The biggest issue for many of us in the supply chain – and I would put all port and back-of-plant operators like Amports, and over the road carriers in this situation – is manpower sourcing and retention,” said Boucher.

He added that the shortage of labour in finished vehicle logistics is a reality and many people have simply not come back to work since the original Covid shutdowns.