OEMs and suppliers are investing significantly in the US battery supply chain but under the Democrats’ new ruling on tax credits for EVs, which is ruled by strict parts localisation targets, manufacturers will have to make their material sourcing more transparent, giving the consumer a view of the supply chain they do not usually get.

The Inflation Reduction Act, which Democrats in the US agreed last week and must now pass Congress, sets out ambitious targets and funding to increase electric vehicle sales, along with regional lithium-ion battery sourcing and production. 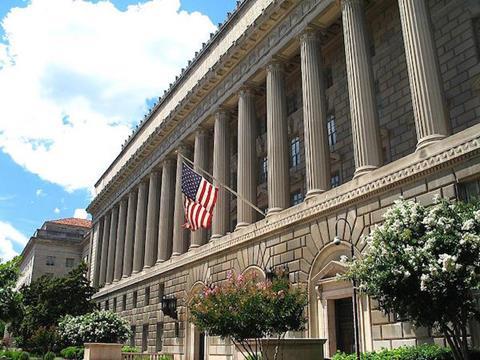 But it also raise questions over whether manufacturers will be able to meet these production and localisation goals, and thus whether consumers will ultimately be able to benefit from subsidies.

The bill would come with the promise of $7,500 tax credits against the purchase of a new electric vehicle. However, for an EV to be eligible for tax credits under the new bill, significant percentages of its components and raw materials must be sourced or processed in the US. Battery components and upstream materials are given equal weighting in eligibility for the credits.

This will make the automotive supply chain visible to purchasers in a way it would not normally be. The amount of credit available to a consumer will vary according to a company’s material sourcing, giving the public clear sight of component origins.

Ambitious targets for regional battery sourcing
The new proposed EV credits will only apply if the EV is made with at least 40% (measured by value) of raw materials mined or processed in the US or countries that the US has free trade agreement with, or if the materials have been recycled in North America. From 2027, these rules of origin would rise to 80% for raw materials.

It is understood that 50% of EV tax credits would be based on the upstream material origins, and the other 50% contingent upon the battery components.

Furthermore, there will be price caps on the vehicles eligible for credits, which is intended to prevent previous loopholes that in 2021 would have made a $600,000 Ferrari Stradale hybrid more eligible than a $36,000 Chevrolet Bolt EV.

For plug-in hybrid electric trucks, vans and SUVs, the retail price must be below $80,000. For sedans and sports cars, the price must be under $55,000 to be eligible. Crossover SUVs, a popular high-margin segment for OEMs, may find their definition blurred and the act may, consequently, incentivise OEMs to make larger cars, despite their environmental impacts.

One advantage for OEMs is that the tax credits, although demanding in supply chain terms, are unlimited. Currently, the EV tax credit available is $7,500, but is limited to the first 200,000 electric vehicles per OEM. After an OEM reaches that threshold, the tax credit is reduced in the following year and phased out.

Under these rules, vehicle manufacturers such as Tesla and GM have already reached that limit and cannot receive any tax credit on vehicles sold beyond that threshold. 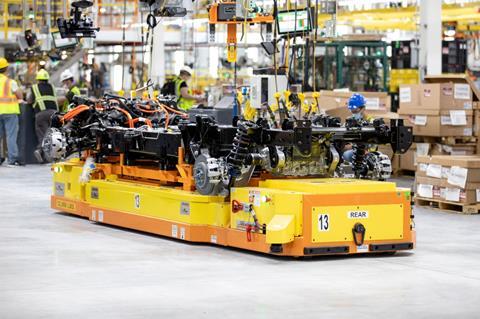 Toyota is currently close to the cap and only receives reduced tax credits. Similar tax credits, and the cap on sales, also apply to plug-in hybrid electric vehicles.

Biden’s regulatory roadmap has parallels to the proposed EU Battery Regulation and emissions targets, which would require similar rules of origin for upstream materials and components over the next five years. However, many commentators take the view that the sourcing requirements for materials and battery components are unlikely to be met and therefore the new bill will in practice nullify any tax credit. Ultimately, if you limit the EV purchase incentives, then that limits wider EV uptake.

US battery component supply chain
OEMs and suppliers are investing significantly in the US battery supply chain, with carmakers and battery manufacturers planning many gigafactories and electric vehicle plants (see the updated Automotive Logistics database of gigafactory current and planned locations). Carmakers including General Motors, Ford and Tesla are increasingly partnering more directly with battery materials and recycling firms as well.

Nonetheless, the supply chain is very much still in its infancy when it comes to upstream raw materials. Cell supplies for the US EV market, irrespective of whether the cells are manufactured in the US or elsewhere, simply don’t have a choice yet but to import the raw materials and battery components from regions outside North America.

Most of the current lithium, cobalt, nickel and manganese mining takes place in China, Chile, Australia, Indonesia, Russia and the DRC and the US only has free trade agreements with Chile and Australia. Many experts have been warning for a long time that the US’s increasing reliance upon semiconductors, batteries and raw materials is a strategic threat to the economic security of the US, hence President Biden’s Executive Order on American Supply Chains in February 2021.

This provision for rules of origin within the Climate Bill is intended to send a strong signal to mining companies to invest in the North America and incentivise OEMs to source raw materials more locally within the USMCA area or from countries with FTAs. But OEMs and climate activists alike are concerned that because the US upstream raw materials capacity is not yet in place, this makes achieving this tax credit almost impossible for OEMs to reach – at least not for the next 5-10 years – and would therefore render the tax credits ineffective at encouraging EV uptake.

Sourcing essential minerals like lithium in the US will be challenging. Indigenous groups have protested open lithium-ore mining on sites in Nevada and some propositions such as a plan to collect polymetallic nodules from the Clarion Clipper Zone are unproven.

Funding for domestic production
The bill includes significant amounts available as investment tax credits, federal grants and loans for companies involved in clean transport and energy to transform their businesses.

The government will provide $10 billion to build clean technology manufacturing facilities, such as EV and battery factories, with $2 billion allocated as grants to retool existing production facilities to make clean vehicles, specifically for the automotive industry and to preserve jobs. Manufacturers can also apply for $20 billion in loans to build new, clean vehicle manufacturing plants. “Clean vehicle” is defined by the act to be a battery, plug-in hybrid or hydrogen fuel cell electric vehicle.

A further $500m will be available via the Defence Production Act to go towards various greener technologies, including critical minerals processing and a further $2 billion is nominated for energy research via National Labs.

Proportionately, within the automotive industry, these numbers are relatively low. Toyota, the world’s largest OEM by number of vehicles sold in 2021, is investing $35 billion worldwide, with $3.4 billion earmarked for the US. However, the incentives may be enough to encourage carmakers to commit to manufacturing in the US.