As electric vehicles become serious business for OEMs, they are reassessing their battery supply and manufacturing bases, putting their eggs in multiple baskets and taking more control of the process. 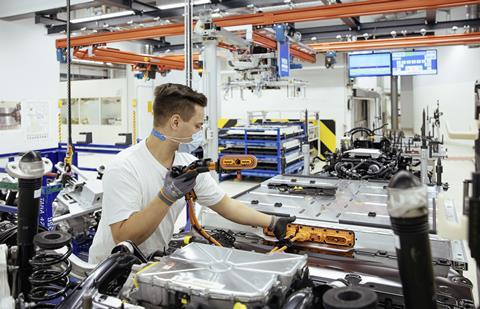 A new report by Automotive from Ultima, the business intelligence arm of Automotive Logistics, outlines the scale of investment underway and set over the next decade by both OEMs and lithium-ion battery suppliers in the race to secure production capacity and supply for electric vehicles.

So far, with the large-scale shift from internal combustion engines (ICEs) to electric powertrains has come a distinct shift in the balance of power in the automotive supply chain. Engines are a high-value part that defines the character of the car and determines how competitive it is with regards to performance, fuel consumption and emissions. No small wonder, then, that it has tended to be the exception rather than the rule for OEMs not to build their own engines.

How different the situation has been so far for electric vehicles. While most OEMs with any sort of serious electrification programme will assemble battery packs itself, only one, the Chinese BYD, has almost complete ownership over its battery supply chain, from cell production to final vehicle assembly. Of the OEMs selling cars in Europe and North America, only Tesla comes close, although carmakers including Volkswagen Group and General Motors are making significant investments to develop joint venture and in-house cell production.

But the great majority of OEMs still and will continue to buy in their cells from suppliers. Like engines, they also define the final vehicle and are a long way off being commoditised. As the new battery supply chain report shows, OEMs are taking more control over the supply chain by engaging in joint ventures and contracting with a variety of different battery producers across regions.

With relatively low volumes of electric vehicles, it made sense for carmakers to commit to purchasing from just one partner supplier as a means to mitigate risk and share potential gains together. That approach is now changing.

The frontrunners in this evolution are Tesla and Volkswagen. The former started out with an exclusive arrangement with Panasonic, with which it jointly built the Gigafactory 1 near Reno, Nevada. However, CEO Elon Musk has criticised Panasonic for its lack of speed. Tesla is currently using LG Chem batteries at its Gigafactory 3 in Shanghai and has agreed a supply arrangement with CATL for EVs built in Asia. Tesla is also planning to develop its own in-house cells to diversify its supply base even further.

The Volkswagen Group is the European trailblazer as it races to catch up with Tesla to make the world forget about Dieselgate. Volkswagen Group made its start with an exclusive supply deal with Samsung SDI for its earliest EVs like the e-Golf, as well as for the Audi e-tron. Now, according to the Automotive Logistics’ database on OEM-lithium-ion battery suppliers, Volkswagen Group is turning out to be the poster child for the trend to diversify and localise suppliers, supplementing supply from Samsung with alternatives from LG Chem, SKI and Northvolt in Europe; as well as CATL in China and SKI in North America.

Perhaps even more significantly, it has made major steps towards vertical integration by acquiring its own cell production. Last year, Volkswagen acquired a stake in Chinese battery maker Gotion High Tech, and it has since set out plans for a range of joint venture and in-house production. 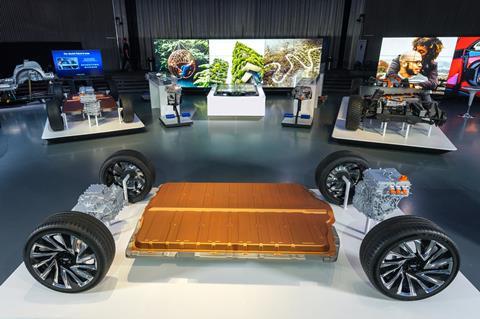 It initially set out to build a joint venture battery plant in Salzgitter, Germany with Swedish cell provider Northvolt; earlier this year, Volkswagen bought out Northvolt’s share in the joint venture to become a cell manufacturer itself. It also announced plans to have six battery plants for up to 240 GWh of battery production capacity in Europe alone by 2030, presumed to be in-house plants. The race is now on with Tesla to see who can become the first western OEM to produce significant quantities of batteries in-house.

Other OEMs are still at the joint venture stage, though they are diversifying their supply, performing something of a balancing act between control and diversification. Nissan moved away from its exclusive relationship with AESC (since acquired by China’s Envision); BMW has agreements with CATL, Samsung and Northvolt, while Toyota is buying from Panasonic and CATL. General Motors and Ford have also established partnerships in North America, including GM with South Korea’s LG Chem in a joint venture called Ultium; most recently, Ford agreed to a joint venture with SK Innovation.

For a detailed breakdown of who’s supplying whom, read the full report

OEMs are not just integrating battery cell production to save costs, but also to gain more flexibility, technological innovation and differentiation compared to competitors. This is an advantage that some OEMs may even look to commercialise further by supplying other manufacturers. GM’s Ultium is also expected to sell to other brands. China’s BYD, which builds its own batteries, is already a supplier to other OEMs and has spun off its battery arm, Fudi Battery, to expand further. Another Chinese OEM, Great Wall, has also spun out its own battery division to create SVOLT, which is investing in new capacity in Asia and Europe.

Such moves are of monumental strategic importance. With increasingly strained relations between China and the West, reducing dependence on shipping battery cells halfway across the world is more than prudent, as is reducing reliance on a single supplier, an issue highlighted by the dispute between LG Chem and SKI, which briefly risked derailing VW’s and Ford’s plans for EV production in the US. Having something to sell that your competitors want is never a bad thing either.

One thing that is beyond the OEM’s control is the availability of raw materials, however. As the battery supply chain report highlights, carmakers are trying to integrate more upstream steps such as the anodes, cathodes and even the raw material, but given that a lot of the raw materials are simply not present or easily extracted in any significant quantity in Europe or North America, that is an uphill battle.

BMW Group has formed a joint technology consortium with Northvolt and Umicore, a Belgian developer of cathode materials for battery cells, but also in the development of a more holistic and sustainable supply chain including recycling. It has been reported that Tesla is in negotiations to purchase cobalt from Glencore specifically for Tesla’s Shanghai plant. Furthermore, it announced the acquisition of Maxwell Technologies in 2019, and Elon Musk suggested at the time that the company could enter the mining business to ensure it scales fast enough. The full report has detailed information on the availability and control over the raw materials for batteries.

Priority number one for carmakers at the moment is still to secure enough battery production capacity, whichever way it comes. In the meantime though, it looks like the smart strategy is to do that in as future- and crisis-proof way as possible by taking more control. Whether that control will ever cover the entire supply chain remains to be seen. 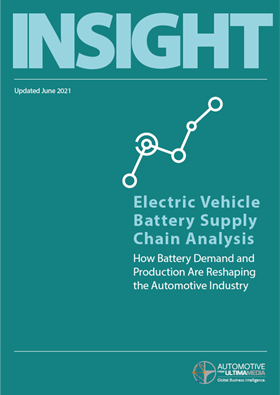