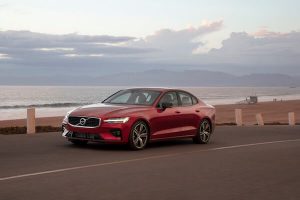 Volvo has started shipping S60 sedans to Europe from the US, six months after beginning production at its $1.1 billion assembly plant in Ridgeville, near Charleston, South Carolina.

“Export markets are critical to the long-term success of our plant and we’re on track to deliver vehicles to our customers worldwide,” said Jeff Moore, vice-president, manufacturing, Americas at the OEM.

The S60s are being shipped via South Carolina ports to Zeebrugge, in Belgium, to connect with distribution centres in Ghent that feed retail networks in Sweden, Norway, Denmark, Finland, the Netherlands, Ireland, the UK, Italy, Spain, Germany, Switzerland, Austria, Romania, Bulgaria, Hungary, the Czech Republic, Slovenia and Poland, in addition to Belgium itself.

As the year progresses, S60 models will also be exported from the US plant to Turkey, Australia, New Zealand and 93 other countries in the Middle East, Africa and Asia-Pacific, excluding China.

Volvo, which is owned by Geely Holding of China, says it expects to produce nearly 50,000 vehicles at Ridgeville this year, of which more than half will be exported. The plant, which has around 1,500 employees, includes a body shop, paint shop, final assembly area and a vehicle-processing centre for US distribution.

In 2022, Ridgeville will begin producing the next-generation XC90 SUV, taking the plant’s annual capacity to 150,000 cars.

Logistics played a part in the investment decision to set up Volvo’s first US assembly plant at Ridgeville. Factors that swung it Ridgeville’s way included access to international ports and good infrastructure.