A world of potential on board 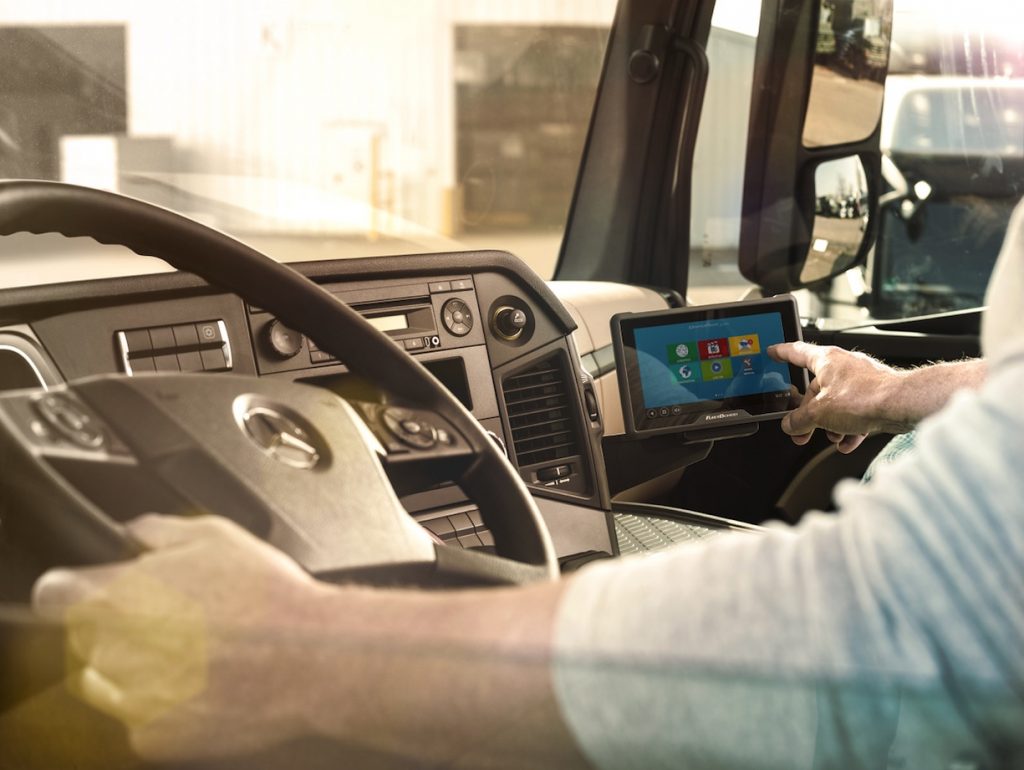 Telematics technology, whether in the form of GPS-related tracking, navigation, or internet connections, is increasingly playing a big role in the automotive sector. As most cars today are equipped with such features, the technology is already applied for traffic avoidance or in tracking driver behaviour for insurance purposes.

Meanwhile, the use of telematics in logistics is also growing, including in fleet management and tracking, although the overall take up remains low. According to Transics, a trucking system and software specialist division of tier supplier Wabco, only 15% of trucking fleets in Europe currently use telematics systems, with only 6% of trailers equipped for it.

However, the automotive logistics industry is coming alive to the possibilities. Manufacturers such as BMW and Jaguar Land Rover have confirmed trials for using in-vehicle telematics to track movement. Meanwhile, third party providers and technology specialists are investing in systems for fleets and services across finished vehicle, component and spare parts supply chains.

Last year, for example, BLG Logistics, a large German logistics provider and carrier, kitted out its car carrier truck fleet in Germany with a new telematics system. According to Michael Blach, member of the executive board, the company made the investment because its OEM customers are increasingly demanding access to real-time information related to their vehicles, which telematics technology can provide securely and at a low cost. The technology also enables BLG to automate processes and receive accurate data in real time.

“The continuous improvement of internal processes through better data quality, and better visibility to crucial data helps us to more effectively manage customer demand for increased flexibility and speed,” says Blach. “We are convinced that increasing our level of real-time data visibility and automation leads to more productivity in, and across,
our operation.”

According to a spokesperson from Daimler FleetBoard, a Daimler subsidiary that installs modular telematics-supported systems for cars and trucks, another obvious advantage of telematics technology is that at any time, the dispatcher knows the exact location of all trucks, drivers and orders, as well as the current job status. The company points to the ability to reduce fuel consumption and increase productivity thanks to better visibility on traffic and possible disruptions.

While there are obvious advantages in using telematics, there are also difficulties that arise from having different standards, along with security and privacy issues. “Almost all the interfaces and technologies we are confronted with are different,” says Blach. “This concerns both content, like data structure, and technology. To translate these individual concepts into a solid and workable in-house system results in an extensive and thereby costly workload.”

Blach argues that a common standard within the logistics chain would help tremendously. BLG is a member of a study group within the VDA (the German Automotive Industry Association) that is discussing how to increase standardisation of logistics processes and technologies.

Prasad Satyavolu, head of innovation, manufacturing and logistics at American multinational Cognizant, which offers connected vehicle services across logistics and consumer applications, believes that such challenges are addressable, but points out that telematics require an upfront investment and a substantial revamp of existing systems. However, he maintains that the returns far outweigh the costs and ultimately provide a time advantage for OEMs. 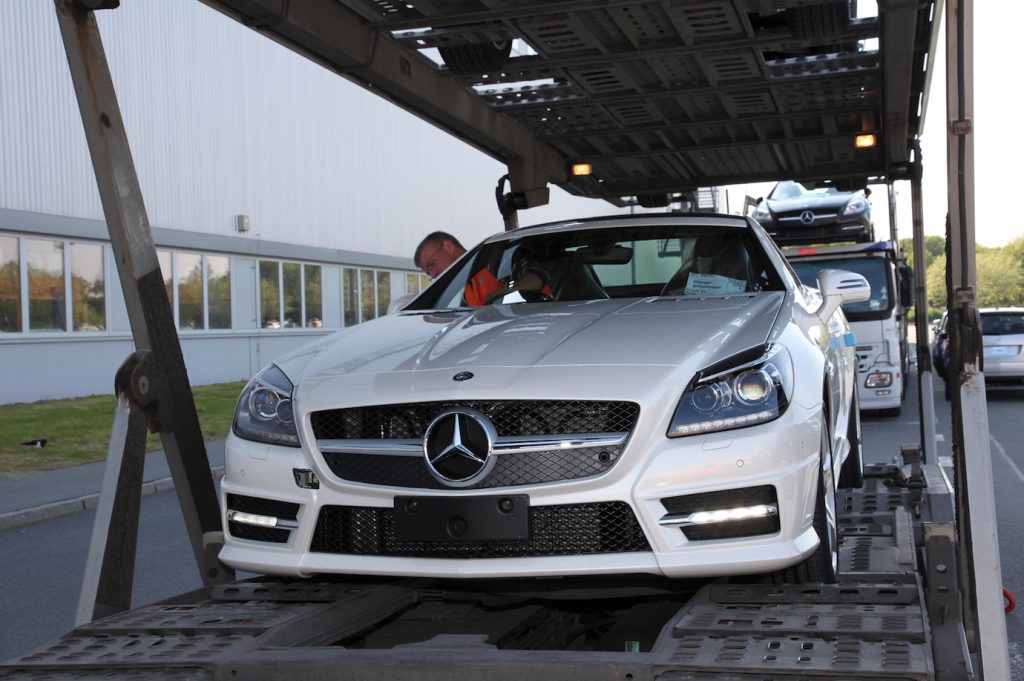 “Technologically, the biggest challenge today is the changing networks for connectivity and therefore the choice of hardware for the same,” he says. “For example, with the rapid proliferation of smartphone and tablets across the board, these devices need to be integrated into the overall telematics architecture of fleet trucks. It is the integration of these different technologies and operational systems that sometimes poses a challenge.”

Michael Blach points to operational issues as well, including training the workforce, especially drivers, in the use of telematics data for different processes.

Satyavolu believes that such challenges can be addressed, at least partly because telematics, particularly data analysis, can help increase visibility and certainty in the entire logistics chain through manufacturers, providers, retailers and customers. The convergence of social, mobile analytics and cloud technologies with telematics is also very promising with regard to current operational and technological challenges.

Blach also points out that telematics features can be beneficial for driver comfort, which is important at a time of shortages and difficulties in recruitment. “For example, driver apps can leverage telematics data not just to avoid traffic, but also to find safe parking spaces, places to eat or getting information on the weather,” he says.

Satyavolu recommends a more holistic approach to integrating telematics that includes considering how humans use the technology: “This requires defining different roles in different organisations – such as customer service managers, fleet managers, drivers or production planners – to leverage the information from telematics systems and analyse the data.”

Meanwhile, the spokesperson from Daimler FleetBoard says that a key operational challenge in using telematics technologies for logistics lies in tailored training to enable all users to be able to fully interpret the delivered data.

Towards a deeper connection

While telematics’ most obvious application in automotive logistics may be in areas like finished vehicle tracking and yard management, it can also be employed for more complex tasks such as geo-fencing, which captures and can even control vehicle movement within a pre-defined perimeter.

Satyavolu believes that the real value of such telematics technology investments will multiply as users overlay and integrate other stakeholders, including dealers, OEMs, repair centres and customers.

“Essentially, the telematics architecture comprises four key elements: communication, integration, visualisation and analysis. These elements are custom-developed for applications within the vehicle, outside the vehicle and for different entities such as fleet operations,” he says. 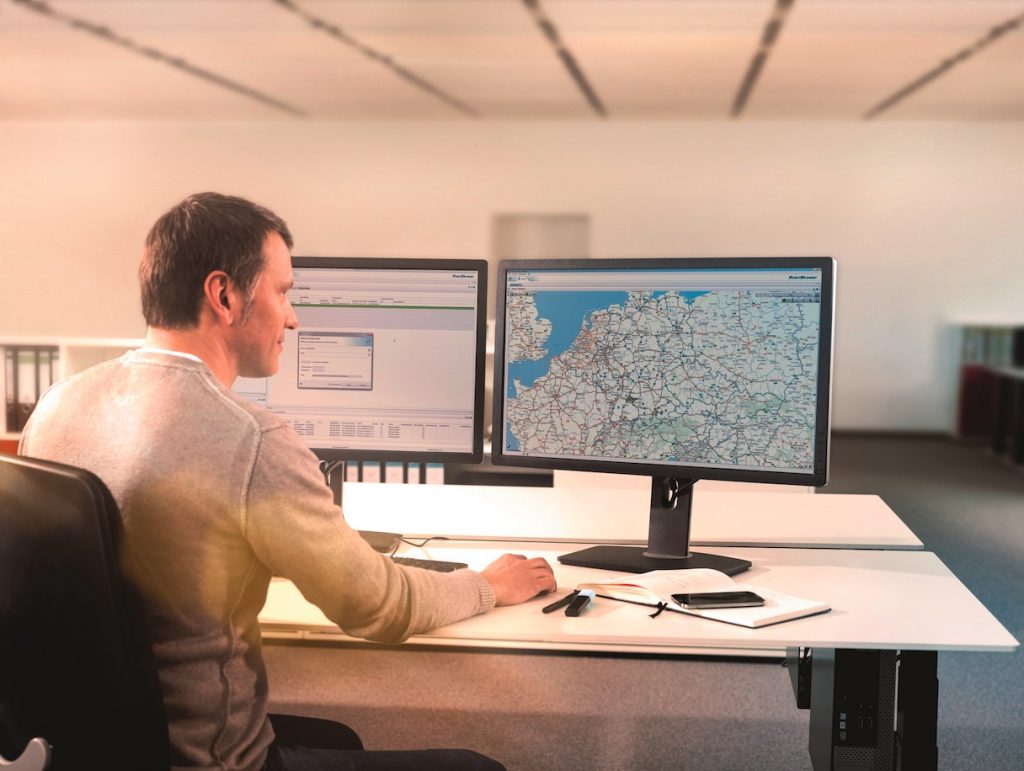 “In addition, advances in mobile communications and the proliferation of mobile devices, social media, infotainment and open data sources have contributed to the emergence of a multitude of applications around this core technology,” he adds. “This ranges from location-based services to dynamic route optimisation based on traffic, weather and port conditions, and compliance with the regulation of driving hours of service.”

For Satyavolu, cargo visibility through telematics is just scratching the surface compared to the power of the data collected, including the potential to prevent truck fleet disruptions from breakdowns.

“The analytics on the telematics data from vehicles is now key to cost optimisation and fleet maintenance,” he says. “For example, predictive models developed on telematics data help predict the likely failure of particular parts of the vehicle and therefore create a preventive maintenance schedule to avoid expensive breakdowns and delivery failures,” he says.

Satyavolu also points to the huge flow of parts internationally as a good reason for using telematics. The entire production process requires accurate planning based on the arrival schedule of these components. “With the integration of location-based tracking of these components into manufacturing planning and scheduling systems, plants can realise inventory savings and avoid reschedules and labour overtime,” Satyavolu adds.

For Daimler FleetBoard, the big opportunity in the future will be vehicle-to-vehicle and vehicle-to-infrastructure (V2V and V2I). “A permanent internet connection will ensure the connection of the truck and driver with the haulage company at any time and allow the perfect planning of tours,” says the spokesperson.

Satyavolu points to the potential of autonomous fulfilment and in adapting routings based on actual conditions. Autonomous fulfilment has two components: autonomous trucks and small-format delivery mechanisms such as drones, robots and self-guided vehicles. He argues that its increased adoption could mean the last-mile delivery of parts may change based on larger infrastructure and future urban developments, such as congestion and possible restrictions on movement. By this he does not necessarily mean parts moving by drones. Rather, the impact could be more about reacting to changes in delivery and milkrun patterns.

“As the percentage of finished cars fitted with telematics increases, their tracking becomes easier through the mobile carrier,” says Satyavolu. “Similar changes are also on the cards for components and parts to avoid spurious parts business and plug the revenue leakage in the aftermarket. The smart enablement of cars, components and parts will also require integration into the overall logistics system.”

Satyavolu also predicts the use of telematics data for analytics will intensify, incorporating multiple data sources, including open data like traffic, weather and video.

“These future applications are likely to range from compliance and safety to driver experience and productivity, while assisting in creating visibility and lowering the cost of operations,” he adds. 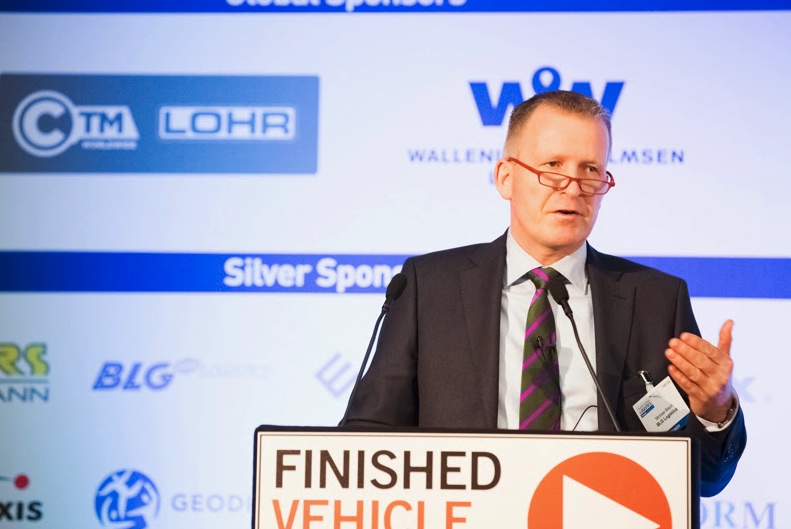 Blach foresees more radical changes for logistics, particularly around wearable technology such as Google Glass, as well as in driverless vehicles.

Michael Blach is also confident that the ‘Internet of Things’ will have a much greater impact on logistics processes. BLG already uses private cloud systems to provide secure data to internal and external customers. The company has also implemented a real-time routing system, allowing external and internal customers to receive information online. “This, among other benefits, allows us to track our truck fleet via GPS, which provides us with valuable information related to the status of the truck, fuel consumption and so on,” he says.

He adds that while BLG’s locations are equipped with a private internet network, “additionally we use public networks, GPS or DGPS for the location of goods. At our main hub in Bremerhaven, we made a first move into RFID using passive technology to locate our trailers.”

Over the next decade or longer, Blach foresees more radical changes for logistics, particularly around wearable technology such as Google Glass, as well as in driverless vehicles. He believes such technology will combine with both permanent internet connections and things like RFID for a more automated and transparent process.

“Much more information will be available via ‘cloud’ sources and will be permanently online,” he says. “We will face multiple platforms, many of which will be mobile, and new applications will have to be compatible with that development.”