A year of politics and progress

Despite unpredicatable legislative pitstops, work continues in the search for standard trailer lengths. Meanwhile, ECG explores mutual opportunities with our US counterparts 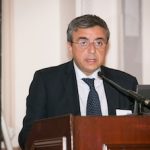 Here we are, well into the first quarter of another year, with markets across Europe broadly stable and even the odd ray of sunshine in places like the UK and Spain. Finally, it seems we may be at the bottom, looking uphill at the long road to recovery, yet there remains much to do.

First, an update on progress in our campaign for the harmonisation of road transporter lengths. Previously, I reported that we were lobbying the Members of the European Parliament (MEPs) who form the Transport and Tourism Committee (TRAN) to support suggestions for amendments to the new legislation proposed by the European Commission, which will replace the existing directive 96/53/EC governing weights and dimensions.

We have had some success in that MEPs tabled five separate amendments which were co-signed by a number of others. This was a great start, but with 365 amendments tabled on various aspects of the proposal, it is only the beginning.

If you are new to the subject, the reason this legislation is so critical to our industry is that it will determine if, in future, we are able to cross borders between consenting EU Member States loaded above four metres and/or longer than 18.75 metres, as we do today. It will also, hopefully, give us a harmonised minimum loaded length in the EU that will improve efficiency and help reduce the complexities caused by the myriad of national rules in Europe. If we fail, it will mean an enormous backwards step for our sector in operational efficiency and thus cost, CO2 and so forth. [sam_ad id=6 codes='true']

The next step was to try to convince enough members of TRAN to support us when these amendments are voted on by the full committee. This was scheduled to happen during a meeting in February; we had considerable support from across the vehicle logistics industry in the days before, as we encouraged companies to write to their national MEPs
for support.

Sadly, the political machine does not always run to plan and the vote was postponed a day before it was due to take place. A new date on March 19th has now been announced. We will be doing our best to keep our demands ‘front of mind’ with the relevant MEPs ahead of this critical vote.

It is still possible that the plenary vote by the whole European Parliament could take place in April as planned, but there is a considerable risk that this too could slip, which would likely mean a vote after the parliamentary elections at the end of May. Even that would not be the end of the road; the Council of Ministers gets involved after that, for example, but we will update you again next time.

ECG is not only caught up in Brussels’s machinery. Another goal we have set ourselves this year is to collaborate on relevant projects with our friends across the Atlantic at AIAG – the Automotive Industry Action Group. The reason for this is because we handle global products and some of our members are active in other areas of the world. AIAG is a much larger organisation than ECG, but it grew out of the inbound logistics industry and only started working on outbound issues relatively recently. It also has the benefit of having the OEMs as members, which makes it easier to agree industry standards in the US.

We have already been supporting AIAG with its Global Damage Codes project by promoting it in Europe. Most in the vehicle logistics industry have agreed that these codes are a logical long-term goal as existing legacy systems need replacing. Today we see from our own website traffic that people are downloading the ECG Operations Quality Manuals all around the world. There is, after all, no point in the industry ‘re-inventing the wheel’ in every market, so we supported AIAG recently in its efforts to produce something similar for its own market and with the potential for developing minimum handling standards for worldwide use.

AIAG has other projects on the go that could provide us in Europe with opportunities for collaboration. Among these is an electronic proof of delivery (ePoD) standard, which is already at the draft stage. Other ideas which AIAG is keen to explore with us include forecasting and planning quality (a subject high on most of our priority lists); port quality and audit standards; storage requirements for keys and handbrakes; and even to see if there is any benefit in forming a loose ‘association of associations’ for automotive logistics at a global level. As ever, they think big over there!