About ready to drop 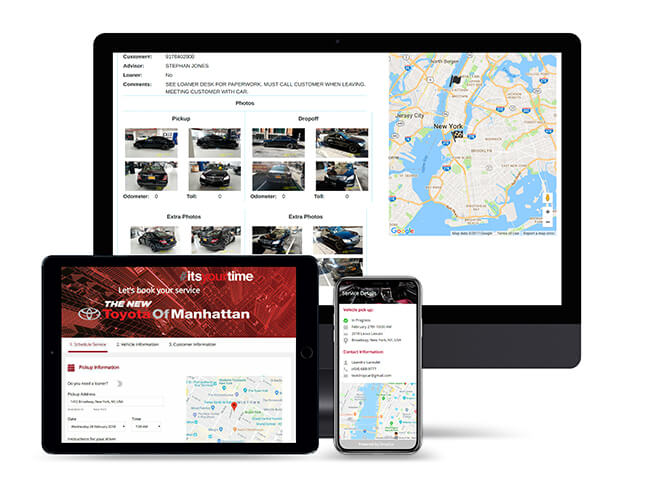 DropCar’s mission is to “make driving fun again”, says Spencer Richardson, co-founder and CEO of the US-based start-up, which launched in New York City in 2015. The company decided to begin by offering an app-based service for car owners who live in urban areas where parking, car maintenance and even basic tasks such as fuelling or replacing wiper blades can be “a big hassle”.

“We built an app, recruited top-notch drivers and leased parking spaces around the New York City area, so that a customer of DropCar simply has to let us know when and where they need their car. They can come out of their meeting or shopping trip downtown and a DropCar valet will be there waiting with their car,” he says.

“In many cases we even drive them to their next destination. No more circling the block to find parking or looking for a gas station. We polished every step of the process and now we have customers all over the city.”

It didn’t take long for word to spread, Richardson says, adding that dealerships were “interested immediately” in learning how they could bring the service to their own customers. The company decided to forge ahead and start developing the Vehicle Assistance and Logistics (VAL) app, working directly with dealers as part of that process in an effort to optimise the platform for their requirements.

The business-to-business platform is intended to complement the existing consumer app, which provides vehicle owners with a valet and maintenance service to make car ownership “a more enjoyable experience than ever”, according to Richardson. A key aim is to offer dealerships and fleet managers an opportunity to benefit from “the same data analytics, highly trained drivers and ease of use that its consumer customers see every day”.

How the platform worksFor dealers, VAL is a turnkey valet pick-up and delivery service which easily integrates with maintenance and customer service departments, offering customers “a simple way to schedule maintenance for their car”, says Richardson.

“We handle the car pick-up at the customer’s work or home, deliver it for service at the dealer, then return the car to the customer when the service is complete,” he says. “For fleet managers, the service can be an efficient way to make sure vehicles are positioned appropriately, fully fuelled, cleaned and ready for deployment."

The service extends the automotive OEM/dealer relationship with the consumer beyond the point of sale and, it is claimed, offers price-per-movement and “volume-flex” structures that enable automotive operations to “efficiently, predictably and most economically manage car movements”.

"We handle the car pick-up at the customer’s work or home, deliver it for service at the dealer, then return the car to the customer when the service is complete. For fleet managers, the service can be an efficient way to make sure vehicles are positioned appropriately, fully fuelled, cleaned and ready for deployment." - Spencer Richardson, DropCar

The entire process is handled through a web-based platform that takes advantage of the latest cloud computing technology as well as cutting-edge data analytics. The app tracks the progress of each trip and is capable of notifying both dealers and customers of a trip’s status. According to Richardson, this results in “an extremely convenient service”, and dealers can more efficiently allocate resources and maintenance schedules “without the need for an in-house fleet management team”.

In an effort to ensure all car movements are as seamless as possible, Richardson says, the VAL platform incorporates state-of-the-art mapping and traffic-tracking technology, so that users can achieve “better communication with customers and more frequent engagement with car owners that might otherwise skip a trip to the dealer”.

According to DropCar, the app is currently supported by “best-of-breed” sources like Google and Maze and will increasingly incorporate artificial intelligence to create a platform which is “highly scalable… dynamic, self-improving… and big-data driven”. One plan for the future is to monetise VAL’s software/middleware platforms and big-data harvests through licensing agreements.

Serving dealers, fleet managers and OEMsRichardson explains that the main target market for VAL is dealers and fleet managers that “need a professional valet service to move vehicles, more deeply engage with their customers, reduce their operating costs and streamline their logistics”.

DropCar has already been quite successful in generating interest in the platform and is currently working with “nearly every major dealership in the tri-state area”, Richardson reveals, including Jaguar Land Rover Manhattan, Lexus of Manhattan, Lexus of Queens, Mercedes-Benz of Manhattan, Toyota of Manhattan and Manhattan Motorcars. Two major OEMS have already joined its customer base and the company is in discussions with others, plus big leasing companies.

“We see VAL as something that every dealership, auto manufacturer, leasing company and shared mobility company can integrate into their operations. Since it’s a turnkey solution, we can usually have the service operational within a week of signing a contract. It’s simple for staff and customers to use, and easy to scale,” says Richardson.

In January this year, DropCar merged with WPCS International and began trading on the NASDAQ capital market. A post-merger update issued one month later claimed “strong results” for 2017 and looked ahead to a continuing expansion of growth prospects.

DropCar now employs around 250 valets, up from 84 at the end of last year, and is in the process of converting “a large portion” of them into field management roles “in anticipation of a substantial enterprise expansion”, said the report, issued in February. This should enable it to absorb a predicted surge in demand from automotive manufacturers, dealerships and concierge service subscribers.

Richardson confirms the positive outlook: “Our consumer subscriptions in New York more than tripled over last year, and we’ve been signing up new dealerships, auto manufacturers and other business-to-business customers at a steady clip.”

He does not envisage any substantial difference between consumer and business take-up but is confident there will be “a lot of interest on both sides” as the company is “committed to making vehicle logistics a breeze for everybody”.

In a world where “the very nature of car ownership is changing”, Richardson believes that it will be more important than ever to provide “a platform that makes transportation services accessible and efficient”. He argues that DropCar’s experience with consumers and industry partners is going to make the platform “an invaluable component of the transition into a world of connected cars, mobility services and eventually autonomous vehicles”. 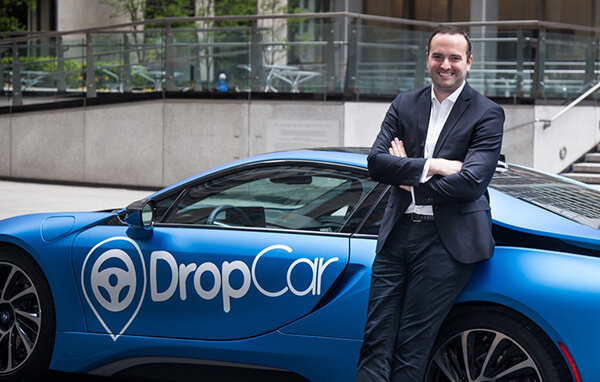 Fitting into today’s mobility landscapeTo make this vision a reality, DropCar’s team is now pushing the app forward in terms of technical development and promotion in the marketplace. According to Richardson, the company is “constantly working on improving the service, both at the level of the technology and the people that make DropCar’s service so successful”.

Although bullish about the prospects for VAL, Richardson stresses that DropCar is aware of cyber-security risks relating to the use of apps and he confirms that the company continues to take data security and privacy “very seriously”. He notes: “While no system is totally secure, we have taken care to make sure we follow the highest industry standards when it comes to cyber-security.”

Looking ahead, Richardson envisages the app fitting seamlessly into the emerging constellation of mobility services as part of an increasingly digital and connected future. He “absolutely” sees DropCar “playing a role in the transportation system of the future”. In his view, subscription services are set to play a pivotal role in such next-generation systems and he predicts that they are “going to drive how we interact with vehicles in the future”.

“Just look to the success of ride-hailing giants like Uber and Lyft, or the latest Maven offering from GM. There also seems to be a steady stream of new mobile services offering everything from fuelling to tyre changes,” he says, referring to some of the disruptors which are challenging traditional models of car usage.

“DropCar’s platform is uniquely positioned to become a hub for many of those services. Instead of subscribing to a dozen mobile services to take care of your car, DropCar could coordinate dozens of them with the touch of a button,” he claims.

Richardson predicts that VAL platform technology will become “integrated into the experience people have with their vehicles from a wide variety of touch points”, whether that might be “on their phone for service related to their own car or as part of a dealership customer care package”.