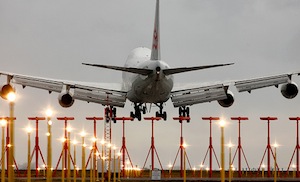 Comco said the investigation revealed that the airlines had agreed on freight rates, fuel surcharges, war risk charges, customs clearance surcharges for the US and the commissioning of surcharges.

Switzerland signed the agreement as part of a wider bilateral agreement, which involved a partial integration in the field of air transport. Comco said it had to apply European competition rules because they were an integral part of the agreement, and because there were infringements to the Swiss Federal Act on Cartels and other Restraints of Competition (Cartel Act).