Altair Melo moves from BMW to Chery in Brazil 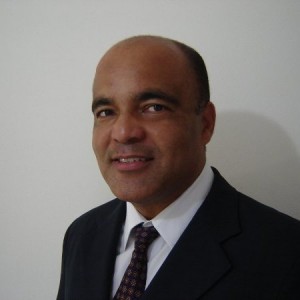 [This story was updated on 15 August] Altair Melo has taken up a new role as aftersales and logistics manager at Chinese carmaker Chery Motors, based in Sao Paulo, Brazil. He has moved over from being parts manager with BMW do Brasil, a role he held for more than eight years where he led the move and expansion of the carmaker’s new parts distribution centre. With that complete Melo said he was looking for new challenges.

Melo joins Chery Brazil as it makes read for the start of production at its Jacarei plant on August 28th and will be tackling similar challenges to those he had at BMW.

“I assumed the position of parts manager here and my main task (again) is to move the current warehouse in Salto with 6,000 sq.m to a new PDC in Sao Jose dos Campos, with more than 14,000 sq.m, including WMS, barcode system, dealer management system, training centre and so on; [all this] without affecting the replenishment of parts to our dealer network and customers.”

The team at Chery is still in the process of investigating the best location for new PDC.

Planned production capacity at the Jacarei plant in phase one is for 50,000 units, and the first batch of models will be the flex fuel Celer and QQ, which will roll offline late this year. After the completion of subsequent two phases of development the plant will increase its production capacity to 150,000 units.

Melo went on to say that the task ahead was a big challenge but expected the brand to have a good market share in Brazil in the near future.

“I am completely excited for this phase in my professional life,” said Melo. “I will make all possible efforts to improve the Chery’s image in the market,” he said.

Melo has extensive knowledge in the automotive parts handling sector. Prior to his eight years with BMW he was head of parts at Toyota do Brasil and for 18 years prior to that was parts manager at Yamaha Motor do Brasil.