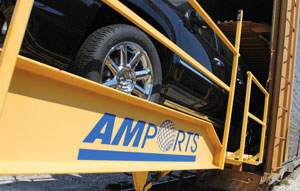 North American vehicle ports processor Amports is in the process of being purchased by private equity firm Lincolnshire Management for an unverified sum. Subject to completion it will be the second time that Lincolnshire has owned Amports, having first bought the company from Associated British Ports in 2006 for 107.8m.

It is also confirmed that Jim Davis has returned to the company in the role as CEO. He left the company in 2007. Davis could not be reached for comment.

Infrastructure investment firm Highstar Capital bought Amports from ABP in 2008 and included it in its Ports America group but the company is no longer included in the listed companies under the Ports America division of Highstar. MHR Fund Management, which “invests in distressed and undervalued middle-market companies” has been more recently cited as its investor according to business intelligence firm Dow Jones.

Amports has so far refused to respond to enquiries.

The company has eight US port facilities, three located at the port of Baltimore and one each in Jacksonville, Brunswick, Tampa, Benicia, and Hueneme. In addition it has four facilities in Mexico, including two port facilities located in Altamira and Lazaro Cardenas.

Following a legal battle against SSA in Lazaro Cardenas Amports has succeeded in holding on to its terminal there for at least another two years. Amports originally invested $5m in infrastructure and security at the vehicle processing terminal at the port.

The company has also now moved into inland services. It operates an inland rail head facility for Chrysler in Toluca and a back of plant operation for Mazda in Salamanca.