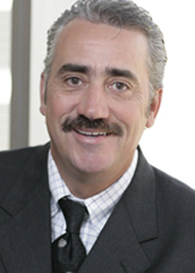 Andy Weber is to return to Swiss transport and logistics provider Panalpina as head of Global Operations in January next year. He moves from his role as president of the Asia Pacific region for rival provider Kuehne + Nagel. Weber began his freight-forwarding career at Panalpina in 1982.

A spokesperson for Panalpina said that he would be tasked with increasing the speed of “strategy execution”.

“In this new position, Weber will support, in particular, the turnaround of the loss-making operations of the organisation,” added the spokesperson, though he did not provide further details of which operations these were.

One area where Panalpina does need to make improvements is in the Ocean Freight sector. Ocean freight volumes grew 8% in the first nine months of 2014 but the company reported high rate volatility as an issue and gross profit per TEU decreased 8%.

“With our logistics business likely to reach break-even far earlier than anticipated, our main focus has now clearly shifted to improving our performance in Ocean Freight,” said the company’s CEO Peter Ulber, following October’s financial report for the first nine months of the 2014. “We already produce high volumes, but we have to reengineer processes and roll out the next generation IT platform.”

Panalpina expects the air and ocean freight markets to grow by 3% and 4% respectively in 2014.

Kuehne + Nagel would not confirm who Weber’s replacement would be in the role as head of Asia Pacific.

In other news Panalpina’s board of directors recently proposed that Thomas Kern be elected as a new member of the board at the upcoming annual general meeting to be held on May 12, 2015.

Kern, who is to step down from his role as CEO of Zurich Airport at the end of this year, will be nominated to the board as the successor to Hans-Peter Strodel, who will not stand for re-election at the AGM due to the statutory age limit.