Andy Weber to leave Panalpina by the end of the year 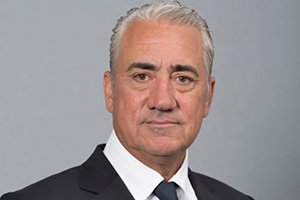 Andy Weber (pictured) is giving up his role as chief operating officer at Panalpina and will leave the Swiss-based logistics provider by the end of the year for personal reasons.

The company said it would not be looking for a replacement and that his duties would be taken up by Panalpina’s CEO, Stefan Karlen.

The move would bring Panalpina’s reporting structure into better alignment, said a company spokesperson: only the Energy and Project Solutions division have been reporting to Weber, while the global heads of Air Freight, Ocean Freight and Logistics and Manufacturing, as well as the regional CEOs, already report to Karlen.

Weber, who was also on the executive board, joined Panalpina in 2015. The company said he had successfully led many turnaround projects and made the Energy and Project Solutions business segment fit for competition in the challenging energy and capital projects sector.

“With a track record of over 30 years in the freight forwarding industry, Andy Weber is a very experienced manager,” said Karlen. “While I regret his departure, I am pleased that he has agreed to continue to support Panalpina in a consulting role and that the company can further rely on his expertise for specific projects.”