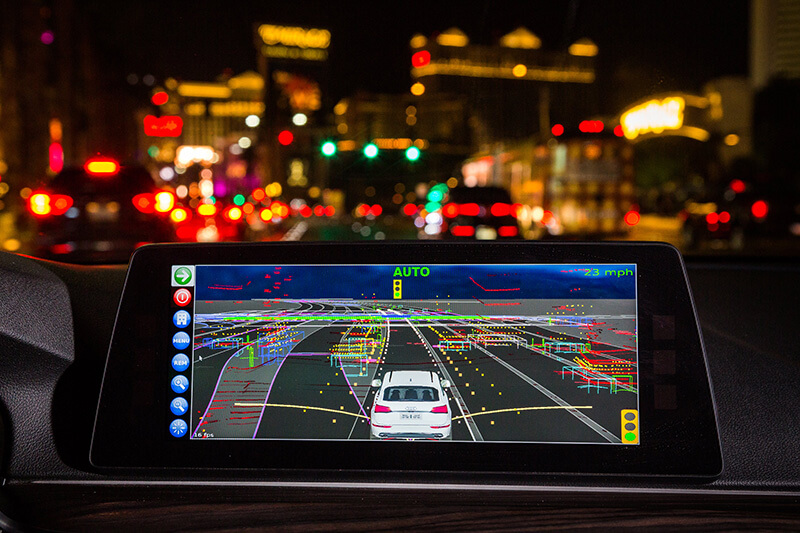 Meanwhile, the new Aptiv business is focusing on mobility solutions, smart vehicle architecture and connected and autonomous vehicle technology. Aptiv expects to grow faster than the automotive market, according to its CEO Kevin Clark, and to generate $2.0-2.5 billion in operating cashflow by 2020, compared with the $700m forecast for Delphi Technologies over the same period.

Aptiv is taking a highly centralised approach to the logistics operation supporting the new division and has made Jeffrey Richards its global director of logistics and supply chain operations, responsible for the sourcing, network design, continuous improvement and emergency logistics for all operating units. Richards has been with Delphi for 27 years and in that time has held a variety of technical and global leadership roles in the logistics, production control, supply quality, operations and engineering departments. His previous role at Delphi Automotive, which he held for more than seven years, was also as global director of logistics and supply chain operations, but there are differences at Aptiv.

One of them is the expectation that the business will involve an increased level of complexity but also with a faster pace of change than at Delphi Automotive. “Our vision from a logistics supply chain point of view of what we want to do for the next three years is quite sound, but the expectation of performance and speed of implementation will be much greater,” he says.

Rapid growth is expected for the newly created Aptiv business, which will focus on mobility solutions, smart vehicle architecture and connected and autonomous vehicle technology

Among Richards’ priorities in his new role is to move the company to a more efficient, ‘origin-based’ logistics network design on a global basis. He says Aptiv is currently in the process of implementing this method, which means taking each supplier and matching the parts it makes with global demand; it involves one pick-up for worldwide distribution, which is a significant increase in efficiency. Previously this was done regionally, mostly on a destination-based approach, and not on an international scale.

The level of complexity involved in this new, international approach is evident from the numbers: Aptiv has 109 manufacturing plants, with a strong presence in China, Eastern Europe and Mexico, and is handling 250m parts (made up of 2m unique part numbers) from 3,700 supplier locations around the world every day. In addition, it has 14 technical centres.

Implementing a worldwide TMSUnderpinning this approach will be a global transport management system (TMS), which Richards is responsible for implementing, as well as developing an enterprise visibility tool with predictive analytics for freight movements around the world.

“We thought going with a TMS was the best long-term decision,” says Richards, having weighed up the advantages against employing a fourth-party logistics provider (4PL). The TMS manages full- and less than-truckload movements as well as parcel, domestic and international, and air and ocean movements.

“It is key to us because not only does it optimise the flows but it gets us our data, so that we can then go back and precisely re-engineer our crossdock locations and our network to really get the cost out.”

Richards says the system has been a success and is completely rolled out in North America. It is also in the process of rollout in China, on European domestic movements, and for international lanes. “We are making about 250,000 shipments and receiving a billion part pieces per month,” says Richards. “When you are into that sort of quantity, you need a system if you really want to optimise how you are doing it, and TMS is what we are using.”

[mpu_ad]Regarding the enterprise visibility tool, Richards says development began in February and proof of concept is due in May, when it will be employed on one of Aptiv’s international flows.

Richards explains that the visibility tool sits on top of the TMS (and is provided by the same technology company) and overlays other world events, including weather patterns, to employ predictive analytics. That gives Aptiv’s logistics department a view of when the part has been picked up and on which ocean vessel it is being moved, for example.

“First, it is a visualisation, so I can see the ocean vessels and where they are, but it also has weather patterns overlaid and historical data built into it, which shows how long things are taking and, for instance, whether the vessel has to re-route around a storm,” he states.

Richards says this level of visibility gives the operations department predictive analytics on the likelihood of the consignment being on time or not. “It will help them get ahead of the game and drive down some of the premium costs.”

The focus on cost reduction has been consistent across Richards’ roles as head of global logistics and supply chain operations at Delphi Automotive and Aptiv.

“The focus on cost reduction and continued improvement, and the expectation that the supply chain has to be a competitive advantage, and help positively affect the bottom line, really has not changed. That focus was there in Delphi; it continues to be there in Aptiv,” he explains.

What is going to change in the future, as Aptiv gets into a whole new mobility business, is that the company will be delivering information as well as physical products, according to Richards, and that raises questions for the supply chain.

Tackling complex networksOne of the main questions is how to move from what was a relatively simple network design to networks with a much higher level of complexity.

“I have been around logistics for a while and I think that in the past we had designed relatively simple networks because that is what we could execute,” says Richards, adding that these did not offer the same level of day-to-day flexibility in route or modal planning. Managers did not have the ability to switch parts delivery to a different route or mode due to variance in demand at short notice; things had to be kept simple.

According to Richards, this has changed with developments in technology and the accurate analysis of complex data sets, or ‘big data’. He says the capability of Aptiv’s TMS means that supply networks can now be extremely complicated, because both suppliers and the plants making the components or vehicles are hooked into the TMS, so it can implement delivery requirements in the most cost-efficient manner.

He believes this emerging technology is a game-changer for the company and that it will see a dramatic improvement. Predictive analytics and the ability to forecast likely scenarios in the supply chain – whether a shipment is likely to be late and what the contingencies are to deal with it – will drive greater efficiency in the parts delivery process.

Developments in new technology will enable very specific routing rules so that, depending on the freight that is going to be tendered on a particular day, in the context of all the other freight, it will be possible to determine what is the most efficient way to pick it up and deliver it. Richards explains that while the integrated management of the delivery processes in real time (or ERP) is precise, the richness of data available and its use by the TMS could drive savings by introducing alternatives.

“The ERP may say [the parts are] needed by next Tuesday, for instance, but maybe you could deliver it Wednesday and it would be 40% cheaper for whatever reason,” he speculates. “The ability of technology to get in and present options, and a more efficient network with automated decisions and things like that, is going to change quite dramatically. We are already into it – it is just now we are starting to get benefit out of it.”

During implementation of the TMS, Richards says what he has found interesting is that the benefits of the system are very different from those laid out in the original business case, namely the ability to optimise freight and send the right size of truck for the right type of cargo depending on what was tendered. The reality, according to Richards, is that Aptiv is able to design a more complex network and source more precisely. It also allows the company to install such technology as a ‘poka-yoke’ device (referring to error-proofing technology) on the route so that shipments are carried in the right way.

“It is the hidden value of technology and data that we knew was there but didn’t realise was going to be the bigger benefit,” he acknowledges.

A need for autonomous vehiclesAnother trend affecting the supply chain is the emergence of autonomous vehicles. One of the core capabilities that Aptiv is pursuing is the development of software and vehicle architecture expertise that enables advanced safety, automated driving and connected services for the future of mobility. However, this also has applications in the delivery network supporting the next generation of digitalised vehicles.

“The automated driving of trucks is potentially a big enabler,” states Richards, pointing to the truck driver shortage that exists in North America and Europe at present. “We desperately need solutions like autonomous trucks.”

The shortage of truck drivers in North America climbed to the top of the list of concerns in a survey into critical issues facing the sector, conducted by the American Transportation Research Institute (ATRI) in October last year, the first time it has done so since 2006. There are similar worries in both the inbound and outbound sector in Europe.

“Aptiv is going into a new mobility product and we need to adapt our supply chain, but I’m hoping as Aptiv develops products like that, it is a cyclical thing where it is going to help us. The sooner we get automated-driving trucks and things like that out there, the better, because there are some potentially big problems in Europe and North America in terms of driver availability coming.”

While Richards is cautious about putting a timescale on the adoption of automated truck platoons, trials are already underway in a number of locations and industry estimates are suggesting 2020 for active deployment.

Aptiv has only been a company since last December but, given the fast-paced change in the mobility and autonomous vehicle sector, it is worth asking whether priorities or objectives have changed. However, according to Richards, at the moment the focus at Aptiv is similar to what it was at Delphi Automotive.

“I don’t think it is anything new in terms of the freight that we are moving now. We are still integrating and driving in the TMS, trying to be very fast in the network,” he says. “It is easy to cut logistics costs if you deliver things to the plant every two months but, of course, your inventory goes out of control and there are other problems.”

What Aptiv is trying to do, says Richards, is have a cost-efficient logistics network while at the same time maintaining a high velocity so that it doesn’t drive up inventory, something that has not changed. However, Richards says that as Aptiv’s mobility division grows it will generate greater revenue.