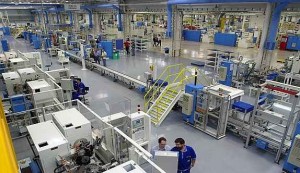 The governments of Brazil and Argentina have signed a one-year deal to regulate the trade in vehicle parts between the two countries. The deal will allow Brazil to export $150 worth of car parts for every $100 worth of automobiles it imports from Argentina, without paying tariffs, according to industry analyst IHS Supplier Business. Under the previous deal Brazil had a 1.95:1 ratio, which Argentina found unfavourable. Argentina proposed a 1.3:1 ratio, to which Brazil would not agree.

A spokesperson for VW Argentina told Automotive Logistics that the company welcomed the latest deal and backed up the point that it removed restrictive conditions and aimed to revert the trade balance with Brazil.

According to a Reuters report, automotive makes up half of the $36 billion in trade between Argentina and Brazil, and the tariff impasse has been dampening production and exports for both countries since the previous agreement expired.

As quoted by IHS Supplier Business, Brazilian trade minister Mauro Borges said: "The key issue is the volume of trade, and the ratio agreed favours the free flow of commerce between both countries."

The agreement also calls for a freezing of the countries' relative market shares, which means Brazilian cars cannot account for more than 44% of sales in Argentina, and Argentine cars cannot represent more than 11% of sales in Brazil?

According to IHS Supplier Business the latest deal will take some pressure off the declines in production and exports both countries have been facing in 2014.

Argentina saw domestic vehicle production drop by 36% in May, down to below 51,000 units according to the Argentine automotive association (ADEFA). Sales were down more than 40% in May compared with the same month last year.

“In the first five months of 2014 vehicle production has been severely affected by the fall in demand from export markets and sales in the local market,” said ADEFA in a statement.

Production volumes were also seen to be affected by supplier conflict that has led to the temporary suspension of activities in several associated facilities.

GM, Honda and VW have also variously halted production at their plants in Argentina because of parts shortages recently

However, the change does not impact on the other headwinds each country faces according to IHS.

“Argentina is struggling with a devalued peso, as well as having instituted a new higher tax on most vehicles in January, which is affecting prices and sales; the government is considering putting price controls on the industry,” said the analyst in a statement. “Brazil has also increased taxes and a higher specification for standard safety equipment is driving up vehicle costs. Brazil also seems to be impacted by tightening credit, which its government has opted not to address, though talks are ongoing. The banks point to consumer indebtedness and lack of confidence in the economy and do not want to increase lending, which reports indicate is down 8.1% compared with April 2013.”