Aston Martin has been keen to stress the close relationships it has with its top tier suppliers in the wake of the massive vehicle recall it was forced to issue earlier this month because of what it called counterfeit material from a Chinese sub-supplier. But tier one locations are no guarantee of a part's quality and rigorous testing is as important as increased visibility in the sourcing process 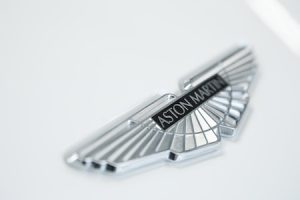 The recall earlier this month of more than 17,500 Aston Martin vehicles – because of an alleged counterfeit plastic material used on its accelerator pedal arms – reveals, once again, the importance of supplier accountability and the risks involved with lengthy supply chains. It also raises questions over just how much control and visibility a carmaker should have over its tier two or tier three supply chain.

The recall followed the discovery that Shenzhen Kexiang Mould Tool, a Chinese subcontractor that moulds the affected accelerator pedal arms, was using a counterfeit DuPont plastic. Aston Martin has said it would replace that supplier as soon as possible. About a quarter of the vehicles recalled were built before 2008.

Visibility in the supply chain is a point of particular significance to consortium-owned Aston Martin, which is currently trialling a tool designed precisely to give greater visibility of upstream tier suppliers.

“Like other leading carmakers, we are continuously refining our processes and are developing a supply chain mapping tool, which will allow us to see more information about the sub supply chains involved with critical aspects of car production,” says Archer. “This will assist in managing and mitigating supply chain risk.”

The company is looking into the use of an online portal, designed by software supplier Achilles, to provide supply chain mapping based on relevant data collected by OEMs from their tier one suppliers. These in turn collect data from their direct suppliers, creating an invitation ‘cascade’ to build a comprehensive map of supplier locations and functions (read more here).

Should the Achilles system be fully adopted, it is hoped that by sharing information with other participating OEMs a greater clarity of the supplier network will be made available.

“Aston Martin has a parts approval process that validates the design robustness of each part and the manufacturing process capability and quality assurance systems of each supplier to ensure they are capable of delivering quality assured parts,” says Archer.

Does this sound like passing the buck down the supply chain? It certainly has to the Chinese. Since it blamed the Chinese supplier, Aston Martin has been lambasted in the Chinese media for stereotyping manufacturing in the country as sub-standard. China’s main press agencies accused the carmaker of blaming the supplier to distract attention from the mismanagement of its own supply chain.

The sourcing issue is complex. China has risen as a reliable sourcing location for many manufacturers, particularly mass volume OEMs who are building the same models and platforms in both China and other markets. However, some analysts have pointed to persistent issues in China, including what is known as ‘quality fade’, according to Julian Buckley, principal analyst at IHS Supplier Business.

“[This is] where sample parts are ideal, initial production quality is good, but two years down the road, cost cutting to boost margins has degraded the product to the point where delivered parts are unfit for the original purpose,” he explains.

Supply chain localisation
Many – including both UK-based OEMs and the British government – have encouraged more local sourcing as a means to improve overall cost and quality. The UK Automotive Council, a joint government and industry body, pointed last year to a further £3 billion ($5 billion) of potential sourcing in automotive parts in the country, in a sector that purchases about £7.5 billion worth of parts per year.

However, while there has been growing investment in the UK vehicle industry, including new models and increased production by Jaguar Land Rover, Nissan and Toyota, supply chain localisation rarely occurs overnight. According to a UK Automotive Council report published in 2011, UK-based carmakers source around 35% of material in the UK, compared to double that in Germany. Even for the Nissan Qashqai, which was designed and engineered in the UK, about three times as many suppliers are based in Europe than in the UK, although the company is looking to increase this number. 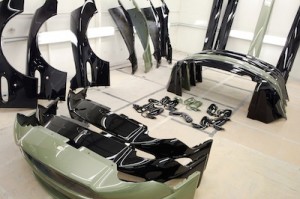 More fundamentally, sourcing from a UK-based supplier does not guarantee its supply chain is perfect, or even local. According to the same Automotive Council report, only about 65% of UK-based tier suppliers manufacture in the UK, compared to others who assemble kits, late configure or distribute components.

The offshoot is that tier one locations do not tell a part’s entire geography or history, which raises the question of visibility regardless of whether a tier supplier is in China or the Midlands. Buckley stresses the importance of more rigorous testing across the sub-tier supply chain, which he cited as how Mercedes and Audi dealt their own ‘quality fade’ issues in China. “I wonder why Aston hasn’t done the same?” he asks.

It would seem that Aston Martin is not alone in the industry in terms of tier supplier monitoring. Buckley says Renault Nissan is also leaving most of its upstream supply management to the tier one delivering the final parts and modules.

“With Toyota now demanding that all sub-tier providers be assessed according to the same OEM-issued standard, I think that’s a risky move,” he says.