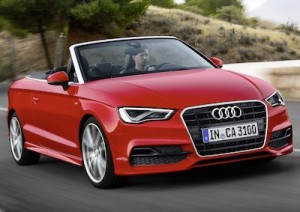 Audi has recorded its highest ever level of vehicle deliveries in a month. In March the German carmaker delivered 170,450 vehicles, a 15.4% year-on-year increase, according to the company.

“In March we achieved a double best figure, completing the most successful first quarter in our company history with the strongest sales month ever,” said ?Luca de Meo, Audi’s member of the Board of Management for Sales. “With new models like the A3 Sedan the internationalisation of our business is gaining momentum. In the first quarter we achieved substantial growth in all regions around the world and grew more strongly than the market in Europe.”

A spokesperson for the company said that the volume growth in China was planned in advance with its logistics providers and the Volkswagen Logistics department, adding that appropriate capacities were arranged and secured. While most of the vehicles for the Chinese market are produced domestically, the carmaker supports these sales with exports from Europe.

“Audi transports the cars exported to China from the production sites in Europe to the port almost solely by rail with various service providers,” said a spokesperson for the carmaker’s logistics department. “They are shipped from Bremerhaven to three Chinese ports and then transported to our dealerships. The Audi automobiles are distributed by a subsidiary of our joint-venture partner First Automotive Works (FAW).”