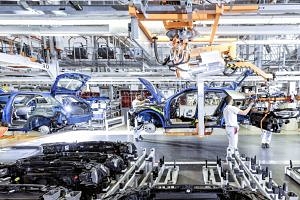 Audi has warned that it will only place orders in future with suppliers who achieve a positive score under its newly introduced sustainability ratings system – and that it intends to carry out spot-checks to audit them.

The premium car manufacturer is initially applying the new ratings system to suppliers for the new Audi e-tron electric SUV and for the successor to the Audi A3.

Together with an external service provider, Audi will check twelve criteria across the areas of the environment, social matters and integrity based on the company’s own sustainability requirements.

Bernd Martens, Audi’s board member for procurement, said: “We are now taking an even more proactive approach to this issue. We will carry out audits in advance and on the spot to see whether suppliers’ operations are sustainable.

“This will make sustainability into just as important a selection criterion as costs, quality, technological expertise and innovativeness,” he added.

The system will initially focus on suppliers of parts and components. From 2018, however, Audi will also audit service providers and suppliers of machines and equipment, too.

If a supplier receives a negative rating, it can take remedial action to ensure it is still considered for future orders, said the OEM.

Audi said it had internally developed the audits, while the self-disclosure questionnaires were based on a standard template from the European Automotive Working Group on Supply Chain Sustainability.

“Audi is in favour of car manufacturers and suppliers in the medium term together developing a standard for on-the-spot audits, which would be valid for the entire industry,” said the carmaker in a statement.

A common standard, it added, would enhance efficiency for all parties and would also be effective in ensuring sustainability along the entire value chain.

“For example, a shared standard would prevent a supplier from being audited several times by various manufacturers. In addition, suppliers could carry out the standard audit with their sub-suppliers,” said the OEM.