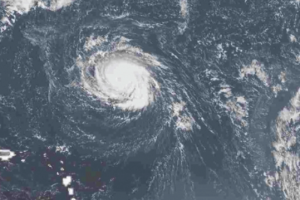 It is still too early to determine the full impact on the North American automotive supply chain of last week's Hurricane Florence, which hit the east coast of the US over the weekend and brought destruction to large areas of North and South Carolina. The hurricane, which caused damage to homes and businesses and left 500,000 of them without power, is known to have caused the death of at least 37 people and continues to disrupt movements as it moves inland as a tropical storm.

Carmakers and their dealers are still assessing the impact. Mercedes-Benz and Volvo took the precaution of closing plants in the area ahead of the storm. Mercedes-Benz USA (MBUSA) only opened its new full-production Sprinter van assembly facility in Charleston, South Carolina this month but decided to shut the plant as a precaution.

Volvo shut its plant, which is also located near Charleston. The plant opened in June this year and is making the S60 mid-size sports sedan. As with MBUSA, it has not been able to provide details on when production will recommence.

Major road links were flooded in North and South Carolina and 11 bridges were closed.

At the port of Charleston, most operations have resumed this week, including ro-ro and container traffic, and at the intermodal connections inland. The port of Virginia, meanwhile, has only reported minimal disruption and was only closed for one day in anticipation of the storm.

“Leading up to mid-week last week, we were focused on preparation, ride-out and resumption of operations and these are standard protocol that we follow as a storm nears,” said a spokesperson for the port. “Since Wednesday we have had normal operations and we extended our hours of operation into the weekend to make up for the single-day closure. Finally, we have reached out to North Carolina and are offering whatever assistance we can provide to those ports in helping them regain their footing.”

Road and rail connections have been affected by the flooding and damage to infrastructure. Rail provider CSX said it was currently assessing the network and making recovery efforts for the areas affected by the storm with its main priorities being safety of employees and the needs of its customers. In a statement, the company said transport engineers were assessing the full impact on network infrastructure and operations had so far been restored in Rocky Mount, North Carolina, and at Florida and lower Georgia into Charleston.

Norfolk Southern said it had not experienced any problems to the lines which serve its automotive customers as a result of the storm and had taken several precautions ahead of time in conjunction with OEM customers to minimise disruption. However, the port did temporarily close its Charlotte Intermodal Facility and shipments to Charleston and Greer were suspended because of the sustained impact of the storm. Those facilities reopened on Monday (September 17).

At the same time as Florence was approaching the US, a massive typhoon caused destruction in the Philippines before moving onto Hong Kong and southern China. Typhoon Mangkhut has been recorded as the strongest storm this year with winds of up to 170mph (Florence was a category 2 storm when it made landfall, with winds between 96mph and 110mph).

Last week, Japanese carmakers were looking at the impacts of a major storm which hit central Japan as well as an earthquake that hit the northern island of Hokkaido.