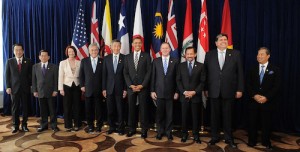 Last week’s Trans Pacific Partnership (TPP) negotiations, which were held in Hawaii, failed to find resolution, partially because of a dispute over vehicle trade between North American and Japan related to NAFTA rules of origin.

The TPP negotiations are an effort by 12 nations trading on the Pacific Rim to find an agreement across a range of sectors, including automotive, agriculture and pharmaceutical, and set standards for more open commerce in an area covering 40% of the world’s economy. This includes lowering trade barriers, including tariffs, and providing better market access for exports, including automotive parts and finished vehicles.

If ratified, the TPP would be the largest trade agreement to date. For the automotive sector specifically, it proposes to eliminate the existing 2.5% tariff on light vehicles and the 25% tariff on light trucks, while also simplifying import and export processes.

The 12 nations involved in the negotiations are Australia, Brunei, Canada, Chile, Japan, Malaysia, Mexico, New Zealand, Peru, Singapore, the US and Vietnam. Seven of them currently make light vehicles for local and export markets (Brunei, Chile, New Zealand, Peru and Singapore do not). The total light vehicle assembly volumes of the seven that do amounts to almost 27m, with the US and Japan very much the front runners.

According to analyst firm PwC, Japan has the highest level of exported volumes to the other TPP markets; 2.1m in 2014, accounting for more than half of the total light vehicle exports from the country. The US takes 1.5m of these according to data from the Japanese Automotive Manufacturers Association (JAMA).

As pointed out in PwC’s latest analyst note on the TPP, given the rate of imports from Japan to the US, it may seem within the interests of the US to look for the removal of the existing tariff. However, the top three Japanese carmakers are well established in the US in terms of assembly and produce more than 70% of the vehicles sold there within the country – equal to 5.9m in 2015 according to PwC. That strategy is not likely to change in the long term according to the analyst, despite a recent trend to move some production back to Japan because of the weakened yen.

This leads PwC to conclude that “with the existing and growing production of Japanese vehicles already domestic, the net effect on finished vehicle exports and imports between the US and Japan is not critical.”

The real sticking point with the TPP from an automotive perspective lies with rules of origins for parts and content. Those rules are used to determine whether an imported part qualifies for the waiver of the 2.5% tariff. If the TPP goes into effect, primary procurement of parts imported to the US must be from one of the 12 member states to avoid that tariff.

According to PwC, the current NAFTA agreement calls for a 62.5% minimum procurement rate, but current TPP proposals include a gradual increase to reach a 75% minimum procurement rate. This poses a problem for suppliers with a high level of content. Mexico is looking for a local content threshold of 65% for countries involved in the TPP for instance, whereas Japan is aiming lower at around 50%.

Talks to resolve these issues are now expected to recommence in November.