Automotive in the firing line as Trump extends tariffs 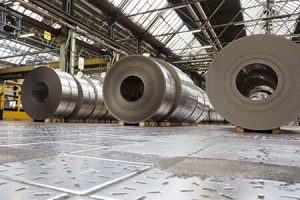 Cars and automotive parts are becoming enmeshed in intensifying global trade wars, with the automotive sector facing increased shipping, supply, manufacturing and cost uncertainty for some time to come.

The catalyst has been the US president imposing import tariffs of 25% on steel and 10% on aluminium, two key input materials for vehicles. These have led to higher prices for the metals worldwide, not just in the US domestic market. Manufacturers of vehicle and components have found their costs rising, a burden particularly felt by smaller vehicle parts-makers.

This month, President Trump extended the so-called Section 232 tariffs to include car-producing allies in Nafta and the EU. Canada and Mexico have said they will impose retaliatory levies; the EU says it will, but has yet to make a formal decision.

Separately, the US and China are threatening $50 billion of tariffs on each other’s goods. Automotive parts feature on the US’ published list of potential targets.

While a mix of negotiations and megaphone diplomacy continues at government level, business owners and automotive industry executives have to figure out ways to work around the measures announced so far.

“There is such a lack of clarity that makes it difficult for people who will be directly impacted to say how and when to plan,” the Associated Press newswire service quoted Molly Day, spokeswoman for US advocacy group the National Small Business Association, as saying.

Among carmakers, BMW said it was looking to increase the amount of steel it sourced from the US at its plant in Spartanburg, South Carolina, subject to availability of an appropriate specification and quality. The current portion is more than 70%.

More expensive aluminium is a concern for Ashimori Industry of Japan, which makes seat belts and air bags for Honda, Nissan, Mazda and Subaru at a factory in Silao, Mexico. “We aren’t aluminium manufacturers, but we are in the industry, so at some point we’re going to have to absorb the price increases,” Reuters news agency quoted Hiroyuki Namba, president of Ashimori Mexico, as saying.

Manufacturers of aluminium products, such as US auto sheet producer Novelis, are concerned too. “[The tariffs] could potentially down the road reduce the competitiveness of aluminium as the material of choice for our customers, for the automotive and specialties markets,” financial data provider Bloomberg quoted Pierre Labat, the company’s vice-president of global automotive, as saying.

Ford, which uses aluminium in its best-selling F-150 pickup trucks, has said it expects to spend $1.5 billion this year on higher material costs.

Extra costs aside, tariffs will lengthen the time steel and aluminium spend in the supply chain by taking an extra week and a half to clear customs, according to Timothy Fiore, chairman of the Institute for Supply Management’s manufacturing business survey committee.

President Trump added to the uncertainty for the automotive industry on May 23 when he announced a Section 232 investigation into whether imports of cars, SUVs, vans, light trucks and automotive parts threatened to impair national security. He is reportedly contemplating tariffs as high as 25%.

Industry groups oppose the proposed levies, which would apply to about $208 billion worth of vehicle imports and $100 billion in imported parts, surpassing the combined value of all other tariffs implemented or proposed by President Trump, according to Crain, a publisher of trade journals.

It quoted the Peterson Institute for International Economics in Washington forecasting that US vehicle manufacturing would suffer a 1.5% loss in productivity and a 2% drop in sector employment (the equivalent of 20,000 jobs) because the duties would raise car prices for consumers and reduce demand. The ripple effects of reduced sales and shipping activity would lead to 195,000 fewer jobs in the overall economy, it said.

Retaliatory tariffs on US car exports would lower domestic production by 4%, costing 50,000 industry jobs and 624,000 jobs in total, the think-tank also predicted.

Washington-based econometric firm, The Trade Partnership, projected the tariffs would result in three lost jobs in the broader economy for every job gained (92,000) in the automotive sector.

Though the forecaster said these potential duties would raise the cost of a $30,000 car by about $6,400, other analysts are wary about how much the existing tariffs on steel and aluminium will feed through to prices in the showroom, suggesting that the higher prices of input materials will be filtered out during the manufacturing process, with those in the production chain bearing much of increase and competition in some consumer markets also forcing companies to absorb the higher costs.