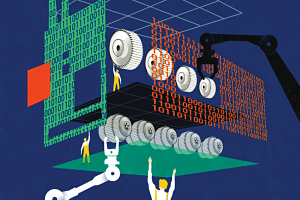 A survey of over 750 production managers by Boston Consulting Group (BCG) has revealed that while most recognise the potential benefits of the ‘factory of the future’ concept, only one in four are achieving targets actually related to the initiative.

Of the respondents to the survey, which focused on the automotive sector and included suppliers and OEMs, 74% said their company had implemented or planned to implement (in the next five years) elements of the factory of the future, but only 25% said they had achieved their related targets last year.

German companies were found to be the most advanced in the survey with nearly half saying they had developed their first concepts. However about 20% of companies from the country said they were not yet prepared to introduce the related technologies.

BCG’s definition of the factory of the future centres around improvements in plant structure, plant digitalisation and plant processes to enhance production.

In terms of plant structure, the factory of the future will have a more flexible, multi-directional layout, with a module line setup and environmentally sustainable production process, it suggests.

Of the respondents in the automotive industry, 86% said this dimension would be highly relevant in the year 2030, with 43% saying it was already important today.

In terms of plant digitalisation, 70% of respondents suggested this would be highly relevant in 2030, compared to just 13% who thought it was important today. This area includes smart and collaborative robots, additive manufacturing (such as 3D printing), augmented reality and big data.

A number of carmakers have recently been showing off their respective progress in such technology areas, including Audi, Volkswagen and BMW.

In terms of plant process, meanwhile, lean management has the most buy-in with 97% of respondents saying it would be highly relevant in 2030, and 70% saying it was important today.

The report estimates a number of major potential benefits a decade after implementation of the factory of the future vision, including a 40% reduction in conversion costs (manufacturing costs less material costs) and a 20% decrease in total manufacturing costs.

“Manufacturers will also capture the benefits of enhanced flexibility, quality, speed, and safety,” suggested the report.

A fully integrated value chainThe BCG report also considered the full integration of the value chain in future, made up of suppliers, component manufacturing, press, body and paint shops, final assembly and the customer.

“Throughout the value chain, manufacturing will be facilitated by the comprehensive integration of IT systems and the availability of all required production data,” it said. “Within a company, this integration will strengthen connections across R&D, production, sales, and other functions.”

BCG’s report went on to suggest that strategy and leadership, employee skills and IT infrastructure were the ‘three key enablers’ in terms of realising the factory of the future.

“As the many examples presented in this report illustrate, manufacturers are already working with bits and pieces of our vision for the factory of the future. However, achieving this vision will require much more than isolated implementations of discrete use cases,” said BCG.

The report also suggested that through a holistic application of new design principles and digital technologies, manufacturers could coordinate all aspects of plant operations and better integrate the value chain.

“The first manufacturers to succeed in transitioning to full-scale adoption will usher in a new era of industrial operations,” said the report.