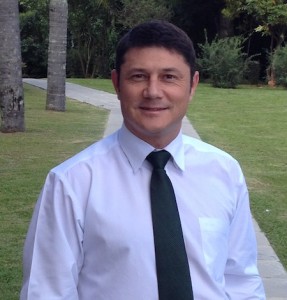 Daimler’s Mercedes-Benz division in Brazil has a new head of procurement. Erodes Berbentz has replaced Ricardo Viera Santos, who is retiring.

Berbetz moves over from Volvo do Brasil where he was purchasing director, South America.

“With Erodes Berbetz we won an expert, who knows the commercial vehicle market in Brazil and its suppliers by heart,” said Philipp Schiemer, president of Mercedes-Benz do Brasil and CEO of Daimler Trucks Latin America. “He will significantly contribute to broaden purchasing activies for our local production in Brasil.”

Berbetz brings an extensive experience of the automotive industry to Mercedes-Benz do Brasil. After graduation in Industrial Engineering and Management, he joined Volvo in Brazil in 1988 as a purchaser of spare parts and other commodities. In 2002 he took up the role of strategic sourcing team leader of Volvo Trucks in the US.

Returning to Brazil in 2003, Erodes worked as purchasing manager for electric cars and trucks, new materials and aggregates from 2003 to 2010. He then took up his last position as purchasing director at Volvo do Brasil.