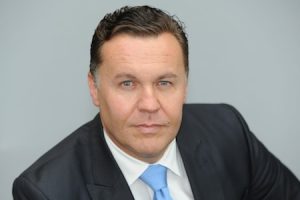 Volkswagen India has announced the appointment of Berndt Buchmann as its director of Group Service for VW Group Sales India, heading the aftersales sector.

Austrian-born Buchmann replaces Dietmar Hildebrandt and will take up his new position on 1st May. His responsibilities will include overseeing parts operations for the carmaker, warehousing, technical services and vehicle logistics. He will also train sales and aftersales personnel.

Buchmann has more than 20 years experience in the automotive industry and started his career with Audi in Germany where he worked for ten years in a range of management positions. He started off in the field of Pre-series Production and Program Readiness and then continued in various areas such as running a CKD project for Audi in India and as aftersales manager for Austria, Switzerland and Germany. Buchmann then headed Service Support Germany for Audi for over four years.

For the past decade he has worked with PSA Peugeot Citroën and held the role of director of parts and service for the company’s business in Germany. He was also the executive director and chairman for the Retail Organization of Peugeot in Berlin for two and a half years

In his new role as head of aftersales, Buchmann will be reporting to Thierry Lespiaucq, managing director, Volkswagen Group Sales India.