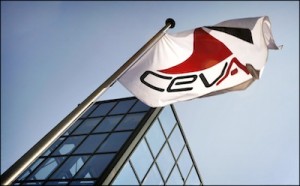 There have been a number of changes to the management of Ceva Logistics’ automotive business in the last month.

Tamara Histand, who was executive vice-president for global automotive, has left the company after 10 months in the role and been replaced by Toni Fondevilla, who was most recently vice-president, Global Key Account Management, European Automotive Sector Leader.

Dave Dudek, also has a new role, having returned to Asia to step into the vacancy of vice-president of the automotive sector for Asia Pacific left by Robert Strain at the beginning of the year. Dudek, who used to be head of Ceva’s automotive business in Asia Pacific, will also maintain his current role looking after Ceva’s Century Program, comprised of approximately 100 large global customers selected annually by the executive board that represent over 50% of revenue for the company.

As reported earlier this month, Robert Strain has a new role at bulk container supplier Goodpack as head of global automotive.

Ceva will reveal further details on the moves in the coming weeks.