Bill Villalon takes up role as president of APL Logistics 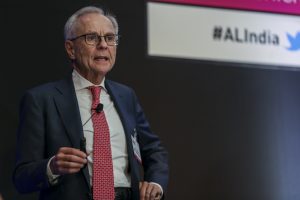 Following the news that Bill Villalon (pictured) had taken on the role of acting president at global cargo transport and logistics provider, APL Logistics, the company confirmed this week that he will now permanently take up the role of president.

The move follows the departure of Beat Simon, who left the company at the end of last year “to pursue new career objectives”.

“We are pleased to appoint Bill Villalon as president of APL Logistics,” said the company’s chairman, George Tomiyama. “His proven leadership in growing the business and deep familiarity with the company’s capabilities and operations are a strong combination to strengthen APL Logistics’ focus on its vertical growth strategy.”

Villalon was previously senior vice-president at APL Logistics. While in his role as acting president he remained in charge of APL Logistics’ automotive vertical, and was also regional leader for the company’s North America region. Those responsibilities now pass to Michael Pilver and Graeme Watson respectively.

As president, he will lead the strategic development, growth and profitability of the company’s automotive logistics business worldwide, as well as APL Logistics’ US intermodal rail, trucking, and freight management activities and the truck brokerage business.