BLG to handle supply of harnesses for Merc C-Class 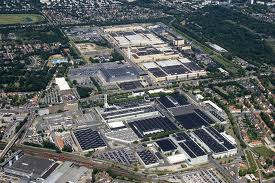 German logistics giant BLG Logistics has signed a contract with parts supplier Dräxlmaier for the supply of its cable harnesses to the Mercedes-Benz car plant in Bremen, northwest Germany. It is reported that the contract has been signed on a long-term basis.

Since mid-December, BLG’s Automotive Division has been responsible for the storage and delivery of the harnesses for the new C-Class, which is built at Bremen, from a warehouse at the industrial park in Hemelingen.

The facility, which was built by Mercedes-Benz, has a storage capacity of 3,500 units and BLG spent five months developing it as a parts warehouse with facilities developer Aberle.

The company now handles receiving, repacking, storage, sequencing and outgoing items at the facility. The car sets are delivered to Mercedes in a just-in-sequence process. According to BLG as soon as a set is called, which could be once a minute, BLG has 153 minutes to supply it to the production line.

The cable harnesses weigh up to 65kgs and consist of three sets – the frame floor unit, the engine compartment unit and the cockpit cable harness set. Every car set is different and is tailored to the specific customer order.

BLG will now carry out all aspects of automotive logistics implementation in Bremen. Fourteen new employees will be dealing with the new output, though Hartmut Schwerdtfeger of BLG’s communications department, told Automotive Logistics: “With the increasing production of the new C-class, the number of our employees will also increase step by step.”