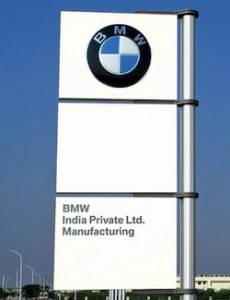 BMW has confirmed that it is responding to allegations by customs authorities in India that it violated import regulations controlling the tax on parts delivered to its plant in Chennai.

“A notice from the authorities has been received by BMW Plant Chennai,” a spokesperson for the carmaker told Automotive Logistics. “We are studying the notice and are co-operating with the authorities in the process.”

A report in the India’s Business Week said that the carmaker was facing a fine of at least $100m because it had improperly declared imported car parts and paid lower taxes for a number of years.

In India the government levies 30% tax on semi-knockdown (SKD) automotive imports while complete knockdown (CKD) imports are taxed at a lower rate of 10%. While sounding straightforward, interpretation of the rules is often more flexible.

BMW is reported to have filed an appeal and now has 30 days to comment on the allegations. Until then further details are unavailable, but the move suggests that India’s government is applying more scrutiny to the interpretation of tax laws, with the automotive industry just one of many at the receiving end according to Anil Sharma, senior research analyst at IHS Automotive.

“This instance draws some parallels from a case last year where the government finally prevailed with its stance that Fiat needed to pay taxes on the basis of cost of production and not on the basis of selling price,” observed Sharma. “BMW's case also needs to be seen in conjunction with the fact that tax authorities are under pressure to boost government's recoveries. Wins in such high profile cases help the government in implementing laws in other industries and sectors.”