BMW begins import of X4 kits to Russia from US 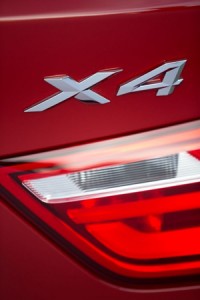 BMW has confirmed it is beginning exports of its X4 model in kit form from its US plant in Spartanburg to Russia. The semi-knockdown (SKD) kits will be assembled at the German carmaker’s joint venture plant with Russian firm Avtotor in Kaliningrad. The assembled vehicles will be sold exclusively on the Russian market.

The carmaker refused to reveal in what volumes the kits would be shipped from the US to Russia or what its sales forecasts were for the vehicle on the Russian market.

Avtotor began assembling BMW vehicles for the Russian market back in 1999 and ten years later capacity at the plant was expanded to make the X5 and X6 crossover models. Avtotor now also builds the 3-, 5- and 7-series sedans for BMW, together with the X1, X3 and now the X4.

Last month BMW said it was delaying making a final decision on whether to build its own plant in Russia because of the current economic crisis. The current slump in the market has created uncertainty amongst carmakers, with a number either idling production or pulling out altogether. New car sales have declined almost 40% this year.

While finished vehicle imports to Russia remain subject to high import tariffs, Avtotor currently benefits from zero duty on imported parts because it is in the Kaliningrad special economic zone.

Local-assembly policies, a weak supply base, and an uncertain market have contributed to a high level of SKD and CKD production in Russia. Furthermore, the growth of CKD supply chains over the past decade has given the Russian consumer access to global brands at competitive prices.