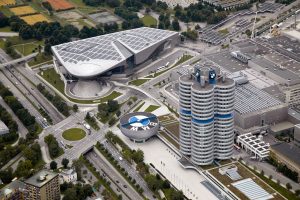 BMW has entered into discussions regarding the possibility of a vehicle assembly plant in Mexico, according to an interview with BMW North America in Automotive News. This comes as the latest in a series of investment projects within the automotive sector in Mexico.

Ludwig Willisch, CEO of BMW North America, said that the carmaker was in discussion with local governments in Mexico. However, he stated that the development could come to fruition in as many as ten years from now.

It is unclear which areas of Mexico BMW may consider for the plant, or what range of vehicle it would produce there.

Efforts to boost the US market for European-manufactured vehicles have witnessed the ground-breaking in May of VW Audi’s new unit in Mexico, outside San Jose Chiapa. Such investment in a burgeoning and competitive automotive sector may provide the impetus for BMW to begin more concrete considerations.

The potential expansion into Mexico comes as the company continues its production of a new $261m assembly plant in Santa Catarina, Brazil, which is anticipated to start rolling out vehicles as early as 2014.