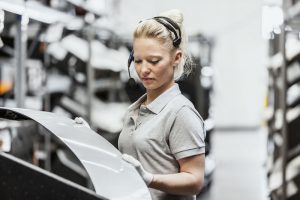 Imperial Logistics International has renewed its contract with BMW for inbound logistics services in Germany for another six years.

The logistics and supply chain services provider moves vehicle bodies and engine parts from BMW’s central production locations to other factories for assembly, as well as to external warehouses. It is currently using truck and train for the contract, which is run on a three-shift operation and takes in BMW plants in Munich, Landshut, Dingolfing, Regensburg and Wackersdorf.

In separate news, Carsten Tauke, chairman of the management board at Imperial Logistics International, has announced he will leave the company at the end of November 2018.

Imperial Logistics International is a wholly owned subsidiary of the South African company Imperial Holdings and represents all activity outside of Africa. In the first six months of 2017, the division increased its turnover by 26% to €1.6 billion ($1.9 billion).