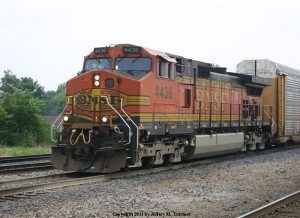 North American rail provider BNSF is planning to invest $5 billion in its network and services in 2014, around $1 billion more than last year’s spend. As part of its capital commitment programme for the year the company is spending $2.3 billion on core network and related assets and $1.6 billion on locomotive, freight car and other equipment acquisitions.

In addition, the programme includes about $200m for continued installation of positive train control (PTC) and approximately $900m for terminal, line and intermodal expansion and efficiency projects. PTC is a system for monitoring and controlling train movements designed to improve safety.

The company said expansion and efficiency projects will be primarily focused on line capacity improvements to accommodate growth in a range of areas including intermodal and automotive, as well as other terminal improvements to enhance productivity and velocity.

A spokesperson for BNSF said further details on the investment programme, including more information on automotive sector spend, would be released later in the year on a state-specific basis.