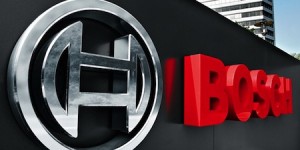 German component supplier Robert Bosch has announced a 15% growth target in its automotive aftermarket division in the Middle East for 2014. The announcement follows double-digit growth in the region last year and a 14% growth in revenue.

Speaking at the annual Bosch Customer Convention in March, Andreas Bodemer, vice president for Bosch Automotive Aftermarket, Middle East and Africa, said the company would be taking a four-pillared approach to meeting its aims, including retail, sales programme and service centre expansion, along with an “invigorated” promotional campaign.

“For the last two years Bosch Automotive Aftermarket has enjoyed double digit growth across the Middle East and Africa region, but rather than rest on our laurels, we want to keep on growing and increase our market share,” said Bodemer.

The company has reported the Middle East and North East African region as the fastest growing market in the world for automotive products and services. It said it is rapidly expanding the scope of its operations to meet that demand.

The company said it is one of the largest suppliers of diagnostics equipment, car control units, diesel systems, spark plugs, batteries, rotating machines and wipers in the region. Parts are shipped from global facilities, including those in Germany from the company’s distribution centre in Karlsruhe.

Bosch handles delivery following airport clearance to 60% of the region, with the remaining 40% of customers handling their own shipments clearance and delivery.

According to a spokesperson for the company, Bosch has local agents in each country in which it operates across the Middle East and most of the countries in Africa.

“This local agent represents us in all aspects of the Bosch automotive aftermarket – they are in charge of pushing sales in their countries and this includes increasing the network of Bosch Service concepts,” he said. “We, of course, shadow our agents from the instant an independent aftermarket workshop is flagged to the final stage of becoming an official Bosch service workshop – whether it be an Express Car Service, a Bosch Diesel Service or a Bosch Car Service.”

The big focus for 2014, according to Bosch, will be on braking components, rotating machines, batteries and wipers, along with workshop concepts and selling to its existing network of workshops.