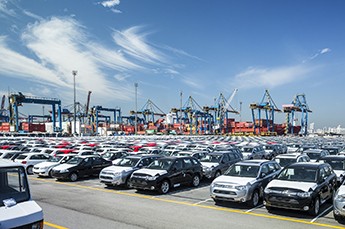 Brazil’s National Association of Automotive Vehicle Manufacturers (Anfavea), has adjusted predictions for how the year will end for the finished vehicle sector in the country – upwards for domestic registrations and production, downwards for exports.

In updated forecasts, Anfavea projected a 13.7% rise to 2.54m units in vehicles licensed, up from the previous rate of 11.7%.

The lower exports have also meant an easing back on growth projections to 11.1% from the 11.9% earlier forecast. Even so, output will be a record of 3m units, said Anfavea.

[mpu_ad]“On the other hand, Argentina’s macroeconomic situation has impacted its domestic market and, consequently, Brazilian exports there. So we have reduced our forecast in this regard,” he said.

Results of the economic crisis in Argentina include Volkswagen putting some workers on a 20-day leave of absence at its 3,500-employee Taubaté plant in Sao Paulo state.

“While the Brazilian market is growing in 2018, exports to Argentina have seen a momentary reduction,” the company said, without specifying how many employees will be put on furlough, Reuters news agency reported.

Brazil's automotive sector will be under the spotlight at the forthcoming Automotive Logistics South America summit, taking place on November 28 in São Paulo