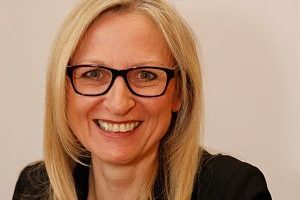 She joins the Geely-owned carmaker from BMW where, from 2012 until her departure, she was in charge of quality and supply for all interior components at the carmaker’s vehicle manufacturing plants around the globe.

Håkan Samuelsson, president and chief executive at Volvo Cars said: “[Martina] joins us at a crucial moment as we continue to renew our entire model portfolio, expand our manufacturing footprint and develop our global sourcing and supplier base. Martina’s strong track record and recognised leadership capabilities will be a major asset in this second phase of our transformation.”

Volvo Cars is on the verge of replacing its entire model range, as indicated by Samuelsson. Last month at the Geneva Motor Show it launched a completely new version of the XC60 mid-size SUV based on the company’s Scalable Product Architecture (SPA).

Later this year it will introduce the XC40 small SUV, the first in an all-new range of 40 series cars based on the Compact Moduler Architecture (CMA) that underpins its global small car strategy.

The company is also expanding its global manufacturing footprint, developing from a Europe-only manufacturing hub, in Sweden and Belgium to one with a network of six manufacturing plants on three continents.

Construction continues at the $500m South Carolina plant, which will build cars on based on the SPA platform and employ 2,000 people. In China USD500m manufacturing plant in South Carolina, its first in the United States, is ongoing. The plant will build new cars based on its modular Scalable Product Architecture (SPA) and will start operations in 2018.

In China, the company plans to increase production as it aims to create a manufacturing export hub. The S90 range will be built in Daqing in northern China, while existing and future 60-series cars will be built in Chengdu. Cars in its planned new 40 series, based on its Compact Modular Architecture (CMA), will be made at a plant under construction in Luqiao, 350km south of Shanghai

Prior to her senior vice-president role at BMW, Bauchhauser worked in various senior purchasing positions at MAN and General Motors, and has been in the industry since the mid-1980s. She holds a masters degree in management from Stanford University in California.

“It is very exciting to join Volvo Cars and become a part of the successful journey the company is going through,” said Buchhauser.