Building momentum in the high and heavy sector

After years of decline, increased demand for mining equipment shows Australia’s raw materials producers are gearing up for growth 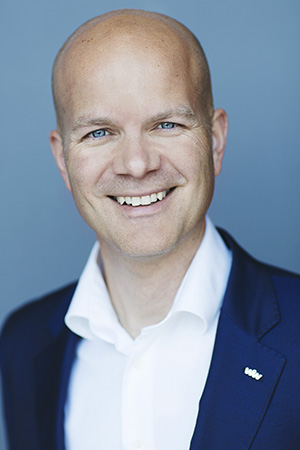 The spectacular bust that followed the boom in commodity markets for the better part of the 2000s placed a significant strain on the Australian economy, in the process forcing mining companies to fundamentally rethink their businesses.

After some very meagre years for commodity producers, the fundamentals appear to show the worst is over. Commodity prices have started to recover, and the era of capital investment austerity appears to be over as miners look to increase capital expenditures going forward.

China continues to be the main buyer of Australian resource exports, and although its growth is lower than before, its absolute levels of imports remain significant. And data on equipment deliveries during 2016 show increases that suggest Australian demand for mining machinery could be about to pick up.

From boom to bustThe global commodity boom benefitted Australia’s resource-rich regions more than most. The number of people employed in coal mining alone rose from 15,000 to 60,000 between 2001 and 2014. More than 20 years of growth in the mining industry were driven largely by China’s insatiable desire for the raw materials needed to drive its ‘manufacturing miracle’, relentless infrastructure development and urbanisation.

But as China’s economic growth began its overdue slowdown and the nation started to evolve from an investment-led to a consumption-led economy, growth in the demand for raw materials dropped, slamming the brakes on the Australian mining industry. The impact was immediately felt, both by equipment manufacturers and across the supply chain. Current shipments of mining equipment to Australia are on levels last seen in the late 1990s.

There is reason to be optimistic, however. Mine owners have undergone serious restructuring, reducing debt and leverage, cutting costs and investments, and ridding themselves of assets bought in the good times. They are now very different beasts to five years ago. And with cash flow back in positive territory, their appetite for investments is slowly coming back.

On borrowed timeIn fact, the miners were faced with little choice but to ‘gear up’. As capital expenditures – and with them investments in machinery – were slashed during the slump, a fundamental imbalance started to build up. As they looked to get as much return on their existing investments as possible, miners boosted production and worked assets harder to bring production levels up. A focus on efficiencies extended the operational life of excavators and loaders, running them harder and longer than ever before.

It has been said that some miners have found ways to reduce idle time by as much as 20%. Similarly, the average lifespan of machines operated in Australia has increased. Forecasts for Australian resource production point to continued growth from today’s record highs.

This production consumes machines that at some point have to be replaced and at the current low level of shipments, it is quite clear that this replacement is not yet happening at a sustainable level. At some point, something has to give – existing equipment cannot be used forever and replacement activity will have to increase.

More to come from the Chinese economyA common misconception when discussing China’s economy is that its demand for raw materials is waning. While it’s true that growth has slowed, the economy and demand for raw materials from China will continue to grow in absolute terms for a long time to come. Mining behemoth Rio Tinto foresees annual global growth in demand for iron ore of around 2% until 2030, with China still making up the bulk of this demand.

With a population of more than 1.3 billion people, of whom tens if not hundreds of millions more are expected to move into cities over the coming decade, there’s no reason to think China’s investment in infrastructure – and therefore demand for metals – will go into reverse.

Of course, Australia is not 100% reliant on China. Other countries will also drive demand. As India further industrialises, it will become an even bigger player in the world metal markets, for example, increasingly picking up the baton after China in years to come.

Experts in agreementAccording to the Parker Bay Company’s quarterly Surface Mining Equipment Index, equipment deliveries in the third quarter of 2016 increased 13% compared to Q2, with particular growth in shipments of smaller machines.

Although it estimates that total 2016 shipments will be down on 2015, Parker Bay states that over the next five years, more than 10,000 trucks and 2,000 excavators/loaders will be needed to replace machines deemed unfit for continued operations due to age and wear.

So, while at first glance the thought of a recovery in the Australian mining equipment demand might seem outlandish, the fundamentals suggest we are about to turn a corner. The nation’s future strategy for a continued high level of commodity exports will mean further investment is needed on the ground to support this valuable supply chain.