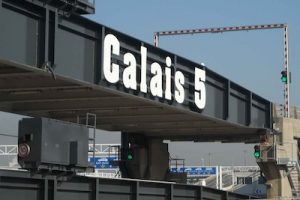 A protest by truck drivers and farmers in France has thrown freight movements through the port of Calais into disarray, leading to delays into and out of France and the UK.

The protest, which began this week as a ‘go-slow’ drive on the A16, the main route into Calais and the Eurotunnel crossing, has culminated in a blockade of the route, leading to delays on both sides of the English Channel. Truckers and farmers are taking the action to call for the closure of the camp in Calais known as ‘The Jungle’, which now holds 9,000 immigrants looking for residency in the UK. The majority of the inhabitants of the camp come from conflict-affected countries including Sudan, Syria and Eritrea.

Truck drivers have complained of ever-increasing threats from organised gangs of immigrants while farmers in France have expressed anger at the destruction of crops and property caused by the expansion of the camp. The protest on the A16, which also includes pedestrians, was triggered by scepticism that the French government would make good on a promise to dismantle the camp by the end of October.

According to Richard Burnett, CEO of the UK’s Road Haulage Association (RHA), the impact on the transport sector and to passenger vehicles will be extensive.

"It seems certain that traffic crossing from the UK will find it almost impossible to leave the port as access to the A16 is denied," said Burnett. "The inevitable repercussions of this will surely mean that the authorities on this side of the Channel will have no alternative but to deploy Operation Stack [the emergency procedure that sees trucks parked up along the M20 motorway]. This will bring yet further misery to hauliers bound for mainland Europe and, of course, for the people and businesses of Kent.”

The RHA is advising hauliers to seek alternative routes across the Channel despite assurances from the port authorities in Calais than a diversionary route is in place and that ferries will continue to operate as normal.

The UK’s Freight Transport Association (FTA), meanwhile, warned that traffic would be brought to a standstill because of the protest leaving truck drivers and motorists at risk of attack from those attempting to board vehicles to get to the UK.

The FTA said the protest would create an even more dangerous situation than before in Calais for its members, and that there needed to be adequate security to ensure drivers were safe.

So far, the major transport companies providing inbound services for the UK automotive sector have made no comment. The situation does not have such a significant impact on the outbound sector, as the majority of car carriers use alternative ports.