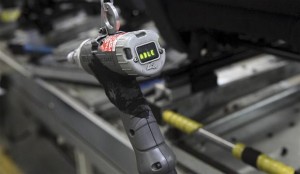 Automotive components supplier Calsonic Kansei has invested £800,000 ($1.2m) in establishing a 9,300 sq. m warehouse at Doxford International Technology Park in Sunderland, UK, which was officially opened this week (January 14th). The company, which makes heat exchange, air conditioning, exhaust, interior, and electronic automotive components, is a major supplier to Renault Nissan, including to the Nissan plant in Sunderland.

The latest building, which has been organised on a six-year lease, is the fourth facility built by Calsonic Kansei in Sunderland and will be managed in-house by the company. The warehouse will be for cockpit module suppliers only and feed Calsonic Kansei’s lineside cockpit operation at the nearby Nissan plant.

“We order from Europe and the Far East and the suppliers will deliver to Doxford,” a spokesperson told Automotive Logistics. “Due to limited space within Nissan at our cockpit line, and supplier variation, we can only supply enough stock for the next 100 cars. Therefore, the warehouse will pick to chassis and ship into [the cockpit operation] every two hours; we will only ship from Doxford to the cockpit line.”

UK transport and logistics provider Ferguson’s Transport will move the cockpit modules between the Doxford facility and Nissan’s Sunderland plant.

Calsonic Kansei has three manufacturing sites within three miles of Sunderland city centre: an exhaust systems plant at Washington; plastic components in Sunderland, and cockpit modules within the Nissan plant itself.

“The opening of our warehousing building is an important move for us.  It is our fourth site in Sunderland, which is a great vote of confidence in the city, and it means that we are in-sourcing warehousing for the first time,” said John Barnett, operations director at Calsonic Kansei Sunderland. “We are now carrying out all aspects of Calsonic Kansei activities in the Sunderland area, from manufacturing to distribution, cutting time and improving efficiency.”

This year the company will export 25% of its exhaust products manufactured at the Washington plant to the Renault-Nissan Alliance across Europe. It has supplied every exhaust that has been fitted to vehicles produced at Nissan Sunderland since the plant opened in 1986. The company has also won new business from Nissan for the Infiniti model and carried out plant refurbishment and new equipment installation during 2014.

“Calsonic Kansei is an important company in Sunderland, which has grown significantly in recent years as Nissan and the city’s automotive sector have expanded strongly,” said councillor Paul Watson, Leader of Sunderland City Council. “We work closely with Calsonic to ensure it makes the most of any new opportunities for growth. It’s a fantastic example of the thriving automotive hub based at Sunderland and it’s great news that we’re celebrating the official opening of its warehousing building.”

Watson unveiled a plaque to celebrate the opening of the warehouse on Wednesday this week. He was joined by Tsukasa Fuji, chief operations officer; Calsonic Kansei Europe; and Joanne Munro, senior manager and leader of the project for Calsonic. James Davies, CEO and chairman of Calsonic Kansei Europe was also at the event.

Last year the company invested £4.5m in Sunderland, including an extension to its Washington plant, which attracted £660,000 from the Let’s Grow fund to extend the premises. It now employs 1,400 people in the region.