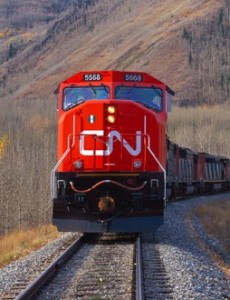 North American rail provider Canadian National has reached a tentative labour agreement with the railway workers union Unifor, which represents 4,800 of its employees. The two sides have been negotiating renewal of contract terms since the end of last year. The terms of the new contract will not be made available until the completion of ratification meetings, which are taking place across the country over the next three weeks.

Talks were deadlocked last week after union negotiators rejected an offer from CN and workers were faced with a lockout.

"We're pleased that we were able to reach a negotiated agreement and avoid a major national lockout of our members," said Unifor president Jerry Dias. "We were able to find solutions to the concerns raised by our members – this is best achieved at the bargaining table."

Dias said the agreement has the unanimous endorsement of all of the Unifor bargaining committees.

Claude Mongeau, president and CEO of CN, also welcomed the agreement. "We are very pleased that the company and union were able to find common ground on a tentative new labour contract,” he said. “This settlement forecloses the prospect of a potential labour disruption that would have harmed CN's employees, its customers and the Canadian economy."