Cargolift to handle inbound for Renault-Nissan 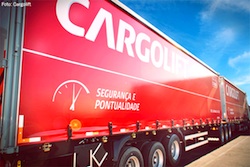 Cargolift is reported to have secured a contract with Renault-Nissan in Brazil to handle the transport of inbound parts from regional suppliers to Nissan’s factory in Resende and to the Renault facility in Pinhais.

Operations to the Nissan plant will begin in October this year, and thereafter  and at an as yet unspecified date to the Renault plant thereafter. The contract Both will run up to 2017 for both carmakers.

Cargolift has been working with Renault in Brazil for 15 years, and began by providing container handling services at the dry port of Curitiba and later with spare part movements between there and Jundiai. Between 2000 and 2003, Cargolift established a milkrun system with other logistics providers in the Southsouth of the country, and now provides this service for the Alliance, assuming approximately 30% by volume of inbound parts.

The new contract, which now includes services for Nissan, will require Cargolift to collect parts from suppliers across the Paraná region for the Pinhais plant and across the Rio de Janeiro region for Resende. It will mean around 2,500 truck journeys per month and the transport of 230 cubic meteres of automotive parts over the same period.

Cargolift said the signing of the contract with the Alliance prior to the start of operations with Nissan allowed it to make new acquisitions and reposition fleet assets, as well as set up a team and plan out services.