Carl Ice to take over as CEO of BNSF 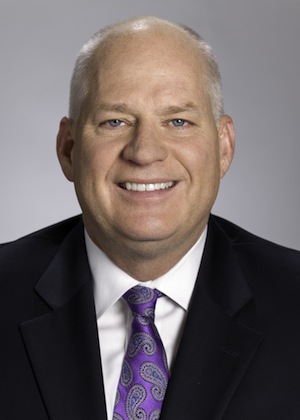 Carl Ice, currently president and chief operating officer at North American rail provider BNSF Railway, is taking over as CEO at the start of the new year. He replaces Matthew Rose who is moving to the role of executive chairman.

"BNSF is a great organisation with great people that provides important services to our customers and country," said Ice. "I look forward to continuing BNSFís success in improving safety, providing quality service and consistent growth."

Ice has been with BNSF for 34 years and in 1995 oversaw the merger of Burlington Northern Railway and Santa Fe Railway. He was made president in 2010.

"For over a decade, Carl has worked alongside me, and his assumption of the CEO title is a natural and well-deserved transition," said Rose. "I am pleased for him and the organisation, and the continuity he represents as he undertakes the leadership of this role."

Rose will continue to lead BNSF's activities including strategic positioning for growth and investment, including planning and public policy, said the company. He is one of several potential candidates to succeed Warren Buffett, CEO of BNSF's parent company Berkshire Hathaway.