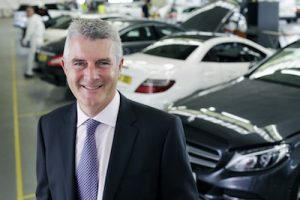 Paragon Automotive, which provides logistics services for new and used cars in the UK, has appointed Ian Carlisle as its new group CEO. He replaces Stephen Hucklesby who has moved to become chief operations officer (COO) for the group.

Carlisle, who moves to Paragon from his role as non-executive chairman of Trinity Homecare, has been appointed to lead the company through a period of growth according to the company. He brings experience from the retail, insurance and automotive sectors.

“Paragon has taken some big steps forward and delivered real innovation across the sector,” acknowledged Carlisle. “It is exciting to join a growing, recognised industry leader at a time when it is seeking to take the next stage in its development. The automotive supply chain is facing a period of rapid change and Paragon is ideally placed to help customers drive efficiency through new thinking.”

In his new role as COO Stephen Hucklesby will focus on quality and efficiency within the operations side of the business.

“The automotive sector is undergoing an unprecedented period of innovation and change,” said Hucklesby. “Paragon must continue to grow and work with its customers to lead that change. Ian brings a wealth of experience and he will play a key role in taking the company forward as we seek to accelerate growth.”

Paragon is making a number of other management changes within the company. Simon Caine will move from being general manager to operations director, and will drive operational performance and closer customer interaction. Tony Banks will take up the general manager role.

Back in March this year Paragon appointed Steve Stanger to a newly created role as head of planning, technical and special projects.