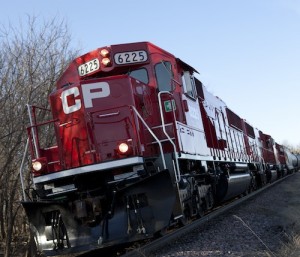 [Story updated on 20 February] On Monday this week (16th) Canadian Pacific (CP) locomotive engineers called off the strike, which had begun on Sunday and concerned working conditions, and agreed to enter government arbitration with the rail provider. Freight services resumed on Tuesday morning, including those for the automotive industry, and were expected to be running normally again by the end of the week.

"This decision ensures both sides will get back to the table, and gets us back to moving Canada's economy forward," said E. Hunter Harrison, CP's CEO. "While we would have preferred a negotiated settlement, this is the right thing to do at this time."

The move has been welcomed by carmakers, including Honda, which was faced with disruption to manufacturing at its Alliston plant in Ontario as a result of the action.

“We are glad that Canadian Pacific, who is a major supplier of the logistical services to Honda Canada, will return to normal service levels within the next few days before any major interruption to our production flow is felt,” a spokesperson told Automotive Logistics.

David Adams, president of the Global Automakers of Canada, which represents the interests of 14 member companies domiciled outside of the country, said that the strike threatened to worsen the slowdown the industry had been experiencing already because of the harsh winter conditions and the strike on the West Coast.

"The automotive industry had already been facing challenges associated with rail slowdowns normally associated with winter that have been exacerbated by significant snowfalls in some areas of the country, so a rail strike would have added significant challenges moving  vehicles from assembly facilities across Canada and to the US," said Adams.

"Additionally, a CP rail strike would have compounded the challenges related to an existing rail service disruption on the West Coast which continues to limited the throughput of vehicles being imported for distribution across the country. Thus, our members were pleased to see the strike was averted without the need for the government to move forward with back to work legislation."

Around 3,000 workers, including engineers and conductors, affiliated with the Teamsters Canada Rail Conference-Running Trades (TCRC) are involved in the dispute. The TCRC said that a major issue that needed to be addressed was fatigue management and the necessity to implement “broad based and effective fatigue countermeasures” for the rail workers.

“We took this strike action to improve the quality of life and the working conditions for our membership,” pointed out Doug Finnson, the president of the TCRC. “Our preference is to negotiate these improvements through collective bargaining, and the worst thing that could happen is a legislated process. These issues are far too important to our members to have a legislated process decide the issue.”

Finnson added: “We are reasonably confident of being able to put an end to years of hardship by our members, and to improve the dysfunction system presently in place.”

That view was contested by CP, which said that it had proposed changes to work schedules to improve the quality of life for engineers and conductors.

“Our conductors and engineers have plenty of options for time off, but the vast majority don't take full advantage of those opportunities,” said Harrison. “We want to implement a model that allows us to properly schedule crews while maintaining the highest standards of safe railroading."