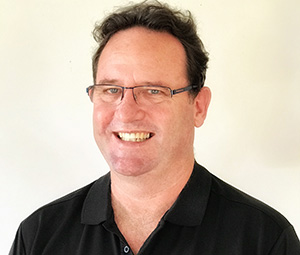 Car Delivery Network (CDN), which provides cloud technology for the movement of finished vehicles, has made two key leadership changes in North America and the Asia Pacific region.

In North America, Derric Hicks has been named as general manager (GM), following the departure of Greg May; while Rob Julian (pictured) has been appointed as GM of Asia Pacific.

May, who had led the US and Canadian business for five years, recently returned to Jack Cooper Holdings, where he has taken on the role of chief administrative officer.

Hicks closed a family transport business and took on a full time role at CDN in 2014, after Chrysler adopted CDN's electronic proof of delivery (ePOD) product.

Since then, according to CDN, he has been involved with building the customer base and rolling out new technology solutions for the automotive delivery sector; most recently including a dealer portal, as well as the introduction of eOUTGATE, which facilitates the electronic release of vehicles from railyards for onward delivery to dealerships.

The next big project for CDN in the US will be the launch of a new cloud-based hours of service app, FleetConnect, which uses and an electronic logging device in the cab to capture truck and driver performance, GPS and hours of service data.

“Although we have developed this new technology to support automotive carriers in the US, it will also be our ticket to expanding into the wider transportation marketplace, as both electronic logging and electronic reporting of hours of service will soon be a legal FMCSA requirement,” said Hicks.

The company's ePOD application has shown strong growth since it was introduced almost three years ago. Last year, it was being used to handle more than 2.5m finished vehicles annually.

Earlier this year, CDN formed a joint venture with Shanghai KaQu IT in China as it announced plans to roll out is ePOD system in that country.

Julian, meanwhile, has been in the IT sector for 25 years, including holding senior positions with Telecom New Zealand.

“Once China is running smoothly, we will be looking at leveraging our services more broadly across Asia, including Thailand, Malaysia and Singapore,” said Julian.

“We’re already achieving great traction in China and confidently predict strong growth in the first year. The Chinese region is on target to become the second largest region in the CDN prospectus and we expect that it will quickly reach a similar scale to the US.

“We believe this solution gives CDN a unique opportunity to change the way truck and driver data are used, improving efficiency and saving costs, while complying with the new regulations. These are exciting times and the market potential for CDN is huge.”