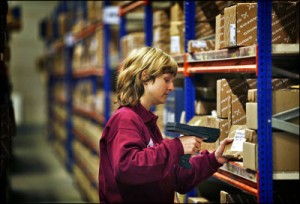 Ceva Logistics reported mixed second quarter results, with drops in revenue and earnings before tax lower than during the same period in 2013, the result of poor rates and cut to unprofitable business. However, the company cited growing new business wins and increased efforts to improve productivity and profit margins.

Second quarter revenue was down 4.2% year-on-year to $1.97 billion, while profit came in 25% lower than last year at $60m. The company attributed the decline in part to the termination of lower margin business. There was strength in contract logistics revenue, which includes a significant amount of automotive business, while air and ocean freight volume were both up compared to last year. However, Ceva admitted that lower rates hurt the company’s freight management revenue.

Ceva’s profit margin as a percentage of revenue was stable compared to last year at 3%, which was an improvement on first quarter margins of 2.3%.

While the year-on-year figures were generally lower, the company expressed optimism on new business wins as well as a series of new hires. New business wins were up 31% compared to last year to $763m, which Ceva attributed in part to investment in its tender management, trade lane management and field sales force.

Ceva also said that it was benefited from its recapitalisation last year, which saw the company swap around €1.3 billion ($1.7 billion) in debt for equity, and also receive a capital injection from its three primary shareholders. The recapitalisation was finalised this past February.

However, there were signs that company’s profit performance is not improving fast enough. Ceva announced that it would accelerate plans to improve productivity, including expectations for more than 5% cost reductions in the second half of the year.

“Our performance improvement coupled with the strong increase in our new business pipeline points to the company being on the right track for growth,” said Xavier Urbain, who took over as CEO of the company in January this year.

“Volume trends as we exited the quarter were encouraging and I am looking for even more from the entire team in the near future,” he added.

Automotive has been part of the more positive story for Ceva’s contract logistics operations this year. At the end of June, the company announced that it would be expanding business with Ford in the US, including gaining pickup and delivery services for a new crossdock in Coldwater, Michigan. In the first quarter of this year, the company said that automotive results were “excellent”, led by two significant individual business wins that are being implemented.