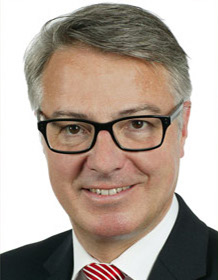 Daimler’s commercial vehicle division in India, Daimler India Commercial Vehicles (DICV), has announced a number of senior level executive changes including the appointment of a new vice-president of supply chain management and logistics.

Ralf Mungenast (pictured), previously head of supply chain planning at Mercedes-Benz Cars, headquartered in Germany, has taken up the role, replacing Benjamin Eule, who has moved to a new role at the Fuso brand heading network and marketing activities.

Eule had been with DICV since September 2011 when he joined as project manager at the CEO office. He has worked in various divisions of the Daimler organisation since 2004.

Elsewhere within DICV, Markus Villinger is moving from his role as managing director Daimler Buses India and vice-president of DICV to lead an industrialisation project for Daimler Commercial Vehicles in South East Asia. From May 1st, Thomas Fricke will take up his former responsibilities. Fricke moves to the role from his position as head of international planning and production strategy at Daimler Buses, also based in Germany.

“As experienced colleagues with impressive track records move on to new challenges, we are in the fortunate position to draw from Daimler’s global deep bench of excellence to fill these high-profile positions,” said Erich Nesselhauf, managing director and CEO of DICV.