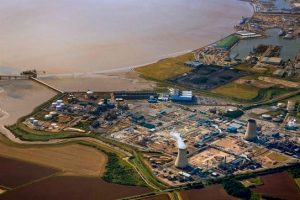 Chemicals company Ineos has confirmed it is to invest “many hundreds of millions” in producing a new 4x4 off-roader.

Following a six-month feasibility study, the firm said this week that it saw a gap in the market for an “uncompromising” off-road vehicle, following Jaguar Land Rover’s decision to stop producing the Land Rover Defender at the beginning of 2016. It will now begin looking for a suitable manufacturing location.

That location may well be in the UK, director Tom Crotty told BBC Radio 4’s Today programme on Monday. “We hope to build it in the UK,” he confirmed. “That would be our initial ambition. We hope we could manage to make it work financially. Clearly, it’s a balancing act, because what we want to do is produce a vehicle that is affordable. We think we can, if we get everything right, but until we start getting to that level of detail, we can’t be sure where we are going to build it.”

The project will be run by Dirk Heilmann, former head of engineering and technology at Ineos and now CEO of Ineos Automotive.

It has been driven from the outset by Ineos chairman Jim Ratcliffe, however, who commented: “I’m a great admirer of the old Land Rover Defender and have enormous respect for its off-road capability, and our new 4x4 has been inspired by it. But while our off-roader might share its spirit, our new car will be a major improvement on previous models.”

The vehicle will offer “a real and pure alternative to the current crop of standardised ‘jelly-mould’ SUVs”, the company said in a statement.

Switzerland-headquartered Ineos, which has 17,000 employees, is a $40 billion turnover firm that runs 67 sites across 16 countries. It currently has eight sites in the UK, with one each at Cleveland, Grangemouth, Hull (pictured), Lyndhurst, Newton Aycliffe and Northwich, and two sites in Runcorn.

No indication has so far been made about how soon the manufacturing location for the new vehicle will be chosen, when production will start or how many units the company aims to produce.