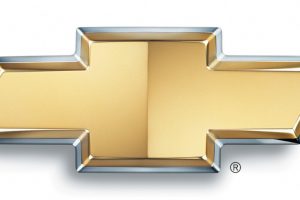 An attempt by an unnamed Iranian importer to move 200 Chevrolet vehicles into the country has been blocked by Iran’s Ministry of Industry, Mine and Trade. The move ran counter to the US government’s Executive Order preventing business with Iran despite the lifting of sanctions in January this year.

It is thought the importer had requested the vehicles from General Motors’ unit in South Korea; however, once the request order was filed with the Iranian government it was blocked at source.

In a statement sent to Automotive Logistics, a GM spokesperson said it was “fully committed to complying with US sanctions, including those that continue to prohibit most transactions with Iran”.

“We have no plans to enter the Iranian market at this time and are taking appropriate steps to prevent local entities from importing GM vehicles into Iran,” the spokesperson added.

Earlier reports by Reuters news agency tied the ‘ban’ on the imports to criticisms of US vehicle imports made last week by Ayatollah Ali Khamenei, who asked the government to support domestic production. Given that US vehicle imports are already restricted, however, the veracity of this link is difficult to assess.

Citing the Iranian Mehr news agency, the Reuters report said the order of 200 Chevrolets was worth $7m. The importer was informed that the import was “not allowed”, said a source at Iran’s Ministry of Industry, Mine and Trade.

According to Reuters, last week Khamenei denounced the import of foreign products, including US-brand cars, which he said were unpopular even in America because of their weight and high fuel consumption. (US vehicle sales are in fact at an all-time high, dominated by larger vehicles including pickup trucks, SUVs and crossovers.)

The comments followed a meeting in which Khamenei called on the heads of government divisions to cooperate in bolstering domestic production to help realise the objectives of a ‘resistance economy’, according to the Mehr report.

GM's Opel division has also denied reports by the Mehr agency that an authorisation was signed last month for the import of Opel vehicles from Germany. That report said Iran’s Ministry of Industry, Mine and Trade had sent a letter to the Trade Promotion Organisation (TPO) of Iran granting that importer, Tavan Khodro Jey, credible certifications for vehicles with an engine capacity of 1400cc to be imported from Opel.

A spokesperson for Opel flatly refuted the claim: "Neither Tavan Khodro nor any other entity is authorized to represent Opel in Iran," he told Automotive Logistics. "We understand that US sanctions continue to place significant limits on our ability to do business with Iran, and Opel is committed to complying with those restrictions. Opel has no plans to enter the Iranian market at this time."

The easing of sanctions on Iran has paved the way for carmakers, particularly those from Europe, to expand in the country. However, most of these expansion plans, including by PSA Group and Renault Nissan, involve joint venture partnerships with Iranian manufacturers to assemble vehicles locally from imported kits, as high import tariffs make finished vehicle imports expensive in Iran.