The anti-dumping duty imposed on Nissan vehicles built in the US and exported to China has been cut to 3.6% from 21.5%. The lower duty came into effect last Thursday, according to the China’s Ministry of Commerce (Mofcom). 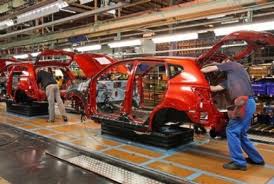 Dumping is the term used to describe the export and sale of products in countries at prices lower than the exporting company charges in its home market. Anti-dumping duties are imposed by the importing country to counter the perceived threat to its domestic market.

China’s anti-dumping measure was originally introduced in 2011 and aimed at the 50,000 vehicles manufactured by US-based carmakers, in particular GM and Chrysler after receiving state aid, for export to its domestic market.

The duties were imposed on SUVs and vehicles with an engine capacity above 2.5-litres. According to Meilhan, the total amount of vehicles targeted amount to about 50,000 US-built vehicles, which makes up less than 0.5% of China’s vehicle market. Nissan vehicles built in the US make up a tiny percentage of that, as the duty has only affected exports of the Infiniti JX. That said, it amounted to a 34.4% levy, according to Justin Saia, manager of corporate communications at Nissan North America.

Last year, Nissan sought out a review on the duty, claiming that it should be considered a new supplier. It filed a new exporter review investigation, as its exports to China only began after the wider enquiry into dumping commenced. Following an investigation into the review, Mofcom has now agreed that Nissan North America has the qualification of being a new exporter.

The anti-dumping duties introduced by Mofcom in 2011 were with the support of the Customs Tariff Commission of the State Council. These duties ranged from 2.0% to 22% and were intended to last for two years. The latest announcement by Mofcom overrides limitations that were supposed to be revisited in December 2013, at least for Nissan. GM and Chrysler still have to pay an 8.9% and an 8.8% dumping rate respectively.

However, North American-made cars from foreign OEMs such as Mercedes-Benz US, Daimler, BMW, Honda and Nissan have received smaller anti-dumping duties.

The duties have been largely negatively received by US trade officials who claimed that they were relevant to more than $3 billion in American auto-manufacturing exports. Ron Kirk, former US trade representative, said that the investigations behind such duties suffered from “profound procedural and substantive deficiencies” and that the measures “represent yet another abuse of trade remedies by China”.

Meilhan claimed that the new duties would not have a large impact on automotive trade policy in China. He stated that the local automotive market seemed to be slowing down, despite Chinese production capacity continuing to increase.

“China will probably want to first protect its local manufacturers (and local jobs), hence they might restrain car importation,” he said. “This is what countries such as Brazil or Malaysia did, and they were pretty successful in protecting their local auto industry.”